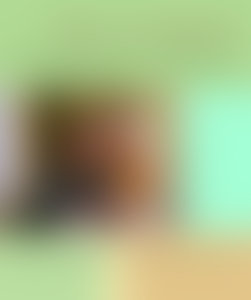 Jacques P?pin, celebrated host of award-winning cooking shows on National Public Television, master chef, food columnist, cooking teacher, and author of nineteen cookbooks, was born in Bourg-en-Bresse, near Lyon. His first exposure to cooking was as a child in his parents? restaurant, Le Pelican. At thirteen years of age, he began his formal apprenticeship at the distinguished Grand Hotel de L?Europe in his hometown. He subsequently worked in Paris, training under Lucien Diat at the famed Plaza Athenee. From 1956 to 1958, Mr. Pepin was the personal chef to three French heads of state, including Charles de Gaulle.

Moving to the United States in 1959, Mr. Pepin worked first at New York?s historic Le Pavilion restaurant, then served for 10 years as director of research and new development for the Howard Johnson Company, a position that enabled him to learn about mass production, marketing, food chemistry, and American food tastes. He studied at Columbia University during this period, ultimately earning an MA degree in 18th-Century French literature in 1972. Deciding then to devote much of his time to writing, he authored two groundbreaking step-by-step books on French culinary technique, La Technique (1976) and La Methode (1979). These works, and others that followed, earned him a place in the James Beard Foundation?s Cookbook Hall of Fame in 1996, an honor bestowed each year on one author whose contributions to the literature of food have had a substantial and enduring impact on the American kitchen.

Mr. P?pin?s newest ventures are a public television series and companion cookbook, both entitled Jacques P?pin Celebrates! Featuring recipes for holidays and celebrations, the series–his seventh produced by KQED, the PBS station in San Francisco–is scheduled for initial broadcast in the Fall of 2001 to coincide with the publication of the companion cookbook by Alfred A. Knopf, Inc.

Mr. P?pin is also currently featured in a twenty-two show series with Julia Child entitled Julia and Jacques: Cooking at Home, which premiered on public television in September 1999. An earlier series he co-hosted with his daughter, Jacques P?pin?s Kitchen: Encore with Claudine, was named Best National TV Cooking Show at the James Beard Awards in May 1999, and its predecessor, Jacques P?pin?s Kithen: Cooking with Claudine, was a James Beard Award winner (Best National Cooking Segment ) in 1997. His other public television series include the acclaimed Jacques P?pin?s Cooking Techniques and three successful seasons of Today?s Gourmet with Jacques P?pin.

Mr. P?pin?s writing career began in earnest in the 1970s, when he authored the two aforementioned groundbreaking step-by-step books on French culinary technique: La Technique (1976) and La Methode (1979). These works, and others that followed, earned him a place in the James Beard Foundation?s Cookbook Hall of Fame (1996). His most recent cookbooks include Sweet Simplicity: Jacques P?pin?s Fruit Desserts (1999) and Julia and Jacques Cooking at Home (1999), companion cookbook to the series of the same name, was selected best cookbook of 1999 by the International Association of Culinary Professionals (IACP) and The James Beard Foundation at their annual awards ceremonies in the Spring of 2000.

A former columnist for the New York Times, Mr. P?pin writes a quarterly column for Food & Wine. He also participates regularly in the magazine?s prestigious Food & Wine Classic in Aspen and at other culinary festivals and fund-raising events worldwide. In addition, he is a popular guest on such commercial TV programs as The Late Show with David Letterman, The Today Show, and Good Morning America.

Mr. P?pin is the recipient of two of the French government?s highest honors: he is the Chevalier de L?Ordre des Arts et des Lettres (1997) and a Chevalier de L?Ordre du Merite Agricole (1992). He is also the Dean of Special Programs at The French Culinary Institute of Wine and Food, a member of the IACP, and is on the board of trustees of The James Beard Foundation. He and his wife, Gloria, live in Madison, Connecticut.

Julia and Jacques Cooking at Home