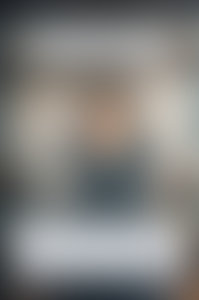 Jessica Fechtor is the author of the bestselling memoir Stir: My Broken Brain and the Meals that Brought Me Home. Her play, Book of Hours, was developed by The Ground Floor at Berkeley Rep, the Great Plains Theatre Commons, and was a finalist for the Eugene O’Neill National Playwrights Conference. Jessica’s essays have appeared in The Wall Street Journal, The Washington Post, and Tablet. She earned a B.A. in music from Columbia University, and has completed master’s degrees and doctoral work in Jewish literature from Oxford and Harvard universities. She lives in San Francisco.

After an aneurysm nearly killed her at the age of twenty-eight, Jessica Fechtor turned to food – cooking and baking – as a path to recovery. It’s been years since that aneurysm and Fechtor is fully recovered, attributing much of her wellness to her passion in the kitchen. We caught up with her to talk about food writing, great restaurants, food in culture, and more.

PENGUIN RANDOM HOUSE:Your professional background is primarily in research and education. Was there always a part of you that wanted to write about food? Or was this a desire that sprung up wholly following the aneurysm?

JESSICA FECHTOR: Well, I always read a lot about food. The first few years of my graduate program in Jewish literature, I’d have hundreds of pages to read each week: history, literature, literary theory. Food writing was what I read for fun. The stack on my nightstand was Nigel Slater, Calvin Trillin, Ruth Reichl, Laurie Colwin, M.F.K. Fisher, the latest Gourmet magazine. Yes, I’d think sometimes that it might be fun to write about food, but I guess I didn’t realize I was allowed to. I was still in my mid-twenties, very much of the mindset that you need permission, or some kind of qualification, to do something like that. I was “allowed” to write about Jewish literature because I was being trained to write about it. I hadn’t yet figured out that you never need permission to go and make something. You give yourself permission, and you do it. When I got sick and went on medical leave from school, I suddenly had the time and space to write about food. All I had to do was begin, and I did.

PRH:Do you have a favorite contemporary chef? A favorite food writer?

JF: I love Ana Sortun’s food at Oleana in Cambridge, MA. And I had a meal at Michael Solomonov’s restaurant, Zahav, in Philadelphia a couple of years ago that was perfect. My husband and I moved to San Francisco a year ago, and we’re really digging Stuart Brioza and Nicole Krasinski’s The Progress. All of these people cook the kind of food that I enjoy eating, but probably wouldn’t make at home. (I’m a very simple cook, and more of a baker, anyway.) The chef that has most influenced the way I cook and think about cooking at home is the late Judy Rodgers. I would eat at her Zuni Café every meal of the day for as many days in a row as you’d let me: crisp, juicy roast chicken, a plate of sardines with sliced celery and a bit of cheese, a warm bowl of polenta. Rodgers is also one of my favorite food writers. I’m just as happy reading from The Zuni Café Cookbook as I am cooking from it. The pages on salting early are wonderful. My favorite living food writers are Calvin Trillin, Francis Lam, and Nigel Slater.

PRH: Can we talk about our culture’s relationship to food for a moment? In the last ten years or so, there’s been a huge move to sustainable and organic food. What do you think is the primary motivator of this movement? Is it a fad? Where do you see the future of it heading?

JF: We’re living at a time when information is constantly available. I think that’s mostly a good thing, because we can ask questions about what we consume and really engage with those questions. I privilege engagement over “finding answers,” because having so much information, so many smart, informed voices out there that are often at odds, means that simple answers don’t exist. So we actually have to think, and determine which of the many right ways to consume makes the most sense for our unique bodies, lives, and worldviews. Information isn’t going away, so I don’t think our obsession with what we eat and where it comes from is either.

PRH: Have you watched “Cooked” with Michael Pollan on Netflix? There’s this thread throughout the miniseries that addresses gathering around the hearth fire, and how we as a culture have really gotten away from that. How much did family play into mealtime in your own childhood? Is this something that will remain important to you?

JF: I haven’t, but I read the book when it first came out. It’s about connection, I think. To ourselves and the people we love, to our world, our history, and civilization. My parents separated when I was seven, and my sister and I lived most of the time with my mom. We had dinner together every night, the three of us, and I write in Stir about how those dinners made our family feel like three out of three, instead of a remainder. Meanwhile, family meals and their preparation were a huge part of my other home life with my dad and stepmom, Amy. There’s a chapter in Stir called “Home is a verb” about how home isn’t only where we live, but how. Amy’s the one who taught me that, especially in the kitchen. We spent a lot of time together baking, cooking, talking. What we were really doing was becoming family. My husband, daughters, and I cook, bake, and of course eat together all the time.

PRH: You talk a little bit about food and travel in Stir. What has been your favorite culinary destination thus far? What’s next on your list?

JF: My husband and I lived in Berlin for a summer, and breakfast at our neighborhood cafe was wonderful: platters of fish, yogurt, bread, fruit, and cheese. Mediterranean food of all stripes is probably my favorite. For lunch right now, I’d like to be in Jerusalem for a warm bowl of hummus ful. As for what’s next, I recently had the best sushi of my life at Ijji here in San Francisco. I would love to visit Japan.

PRH: In your book, you state the fact that “recovery is an incremental process.” Where in that process are you now?

JF: At the beginning of a long recovery, there are distinct markers of progress: a first meal at the table, a first tying on of shoes, a first walk around the block. As time goes on, what it means to “get better” becomes far less concrete. Even after I was completely well, I needed to figure out how to relate to what had happened to me, how to claim it. Writing Stir was a big part of that. As for my physical recovery, I am one hundred percent well. I’m still blind in my left eye, but over time my brain has remapped itself and now I barely notice the deficit.

PRH: If you could go back in time and tell yourself one thing in that moment you came to on the floor of the conference center gym following your aneurysm, what would that thing be?

JF: This is the beginning of a story. You’ll tell it to your [then unborn] daughters, one day.

PRH: What was your biggest challenge in writing Stir?

JF: Figuring out the story I wanted to tell was my biggest challenge. I knew the plot points, of course, but there is always an infinite number of stories that a writer can pull out of what happened. I had to do a lot of writing what the story wasn’t to figure out what it was. That took a year. Then I threw out the tens of thousands of words I’d written and started over, this time with a much better sense of what I wanted to learn from writing Stir and the story I’d have to write in order to learn it. Trusting in this slow, often demoralizing process was hard. Especially because Stir was my first book.

PRH: What advice would you give someone who wants to write a food memoir?

JF: I wrote Stir because I had a question: Why was food so important to me during my recovery? I figure out what I think and how I feel about things by writing, so I wrote a book. No matter what you’re writing about, I think the first step is to figure out what you want to learn.

PRH: Do you have plans to write another book? Or a full cookbook, perhaps?

JF: I know for sure that I want to write more, and I’m excited to dive deep into another creative project. No, I don’t see myself writing a cookbook. But never say never, I suppose.