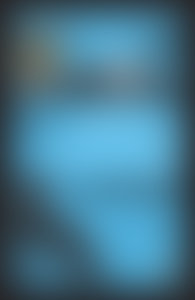 Jiang Rong was born in Jiangsu in 1946. His father’s job saw the family move to Beijing in 1957, and Jiang entered the Central Academy of Fine Art in 1967. His education cut short by events in China, the 21-year-old Jiang volunteered to work in Inner Mongolia’s East Ujimqin Banner in 1967, where he lived and labored with the native nomads for the next 11 years of his life. He took with him two cases filled with Chinese translations of Western literary classics, and spent years immersed in personal studies of Mongolian history, culture, and tradition. A growing fascination for the mythologies surrounding the wolves of the grasslands inspired him to learn all he could about them, and he adopted and raised an orphaned wolf cub. In 1978 he returned to Beijing, continuing his education at the Chinese Academy of Social Sciences one year later. Jiang worked as an academic until his retirement in 2006. Wolf Totem is a fictional account of life in the 1970s that draws on Jiang’s personal experience of the grasslands of China’s border region.