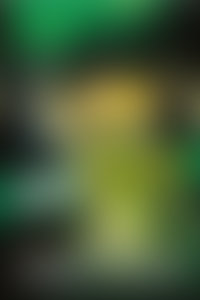 Simon R. Green is the New York Times bestselling author of the Secret Histories series, the novels of the Nightside, the Ghost Finders series, and the Deathstalker series. He lives in England.

Sign me up for news about Simon R. Green and more from Penguin Random House

From a Drood to A Kill

Property of a Lady Faire

A GUIDE TO THE NIGHTSIDE

The Nightside is the dark secret heart of London. A city within a city where the sun has never shone and never will, where it’s always three o’clock in the morning, and where gods and monsters, angels and men can get together to do a little business, stab each other in the back and generally have a good time. Come to the Nightside, and you can pursue forbidden knowledge, or the kinds of pleasure that may not have a name but certainly come with a price tag; usually your soul or someone else’s. Where Hell is always in season, and sin is always on the menu.

I’m John Taylor, private eye. I have a gift for finding things, and people. I can’t promise you justice, or revenge, but I will get you the truth. Whoever gets hurt along the way.

There are many interesting places to visit, in the Nightside. First off, there’s Strangefellows, the oldest bar in the world. So old that Merlin Satanspawn is buried down in the cellar. Yes, that Merlin. And just because he’s dead doesn’t stop him from taking an interest and interfering.. Strangefellows is a place where dreams can come true; especially the bad ones. Or how about the Hawk’s Wind Bar & Grille. The meeting place for all the great characters of the 1960s, the Grille burned down in 1970. Some say self-immolation, in protest at the break up of the Beatles. Either way, the Grille soon returned, as a ghost. A much-loved place, it now haunts its old location, as apparently solid as ever. Here you can buy food and drink that hasn’t existed since the Sixties, listen to all the best music of that time, and meet fascinating characters who’ve time-travelled in, just to be there. Like the Sonic Assassin, the Travelling Doctor, and any number of spies.

You have to go to Uptown for all the best Clubs, where you can dance till you bleed and party like Judgement Day will never come. There’s Club Dead, for all the zombies, ghouls, mummies, Frankenstein creatures, and all the other mortally challenged. (Club motto; We belong Dead.) Or there’s the Caligula Club, for all those interested in the more extreme forms of pleasure. If hang-gliding naked over an exploding volcano has lost its thrill, then this is the Club for you. Unless you prefer The Pit, a truly sleazy establishment run by a bunch of demons on day release from Hell, (they claim they’re political refuges, and no-one presses the point,) who provide the very best S&M pleasures the body can stand. They prefer a human dominatrix, on the grounds that only a human really knows how to torture another human. And because demons have problems with the concept of safe words.

The Nightside is also just packed with interesting characters. Like Suzie Shooter, my sometime partner. Also known as Shotgun Suzie and Oh God it’s her run! A tall blonde valkyrie in black motorcycle leathers, Suzie is a bounty hunter. She nearly always brings them in dead rather than alive, because it’s less paperwork that way. Dead Boy was mugged and killed in the Nightside, and made a deal with Someone to come back from the dead to track down and kill his killers. He should have read the small print; his body stayed dead. Now he’s just a ghost possessing a corpse, and looking for a way out of the deal he made. I work with him from time to time, if only because he’s so useful to hide behind when the bullets start flying.

Razor Eddie, also known as the Punk God of the Straight Razor, is one of the more distressing agents for the Good that the Good ever had. He sleeps in doorways, lives on handouts among the homeless, and kills powerful people who need killing that no-one else can touch. All in penance for the many sins of his youth. Tommy Oblivion is the existential private eye, who specialises in cases that may or may not actually exist. His brother is Larry Oblivion, the dead detective, the post mortem private eye. He was murdered and brought back as a zombie, and is still bitter about it.

And, of course, there’s Walker. Always dressed in his smart city suit, complete with bowler hat and umbrella and old school tie, Walker runs the Nightside, in as much as anyone does, or can. He represents those grey faceless characters the Authorities, always hidden in the background. They gave Walker a Voice that must be obeyed. There are those who say Walker used it to make a corpse sit up on a slab and answer questions. People say a lot of things about Walker, and unfortunately, most of them are true.

And then there’s my father, who drank himself to death after discovering his missing wife wasn’t human after all. And the Harrowing, who’ve been trying to kill me for as long as I can remember. And the prophecy, that says one day I will destroy the Nightside, and the whole world.

The Nightside isn’t the easiest place to live, but I wouldn’t be anywhere else. I belong here. With all the other monsters.