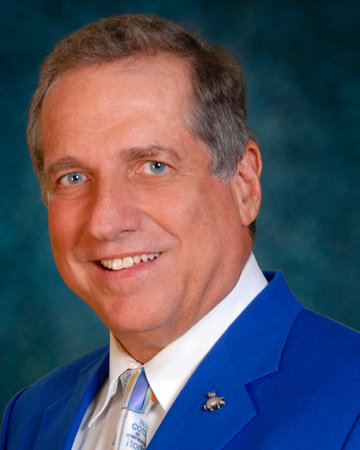 Joachim de Posada is a bilingual international motivational speaker, radio and TV personality, author of four books, and newspaper columnist who has spoken in more than 60 countries about leadership, team building, sales, and management. His proven methods have crossed over into the sports world, and he has worked with famed NBA coach Del Harris, the Milwaukee Bucks, the Los Angeles Lakers, the New Jersey Nets, and several Olympic teams. He was named one of 25 hot speakers in the United States who are shaping the speaking profession by Speaker, the National Speakers Association magazine. He holds a CSP, the highest earned designation in the NSA, and has conducted programs for hundreds of major corporations in the U.S. and around the world, including Verizon, Sprint, Citibank, Banco Santander, BBVA, Pfizer, Baxter, Cargill, IBM, Xerox, U.S. National Guard, Unilever, and also for professional associations such as ISSA, PMA, IFA, and CLIA where he was ranked the #1 speaker 34 times in a row. He is a former adjunct professor at the University of Miami where he taught psychology applied to business, management, and leadership. De Posada also spoke at the prestigious TED.com.

Keep Your Eye on the Marshmallow

Don’t Gobble the Marshmallow Ever!

Don’t Eat the Marshmallow Yet!