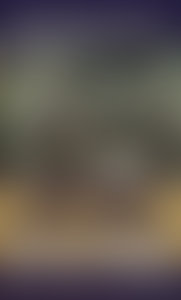 Dr. Bill Peters was born and raised forty miles east of San Francisco in the Livermore Valley. He attended San Francisco State University in the late sixties, where he was a star linebacker for their Far Western Conference championship football team. In 1967, Peters joined the San Francisco State football coaching staff and helped the nationally ranked team capture a postseason bowl game victory.

Bill Peters was commissioned in the Marines via Officer Candidate School. After completing the Basic School at Quantico, Virginia, in 1969, he was assigned to Vietnam as a Force Recon platoon commander, where he conducted twenty-three long-range patrols in enemy-controlled territory. His personal awards include a Silver Star, two Bronze Stars, one with V (for valor), and a Purple Heart.

In addition to a B.A. degree from San Francisco State University, Dr. Peters has a California Life-Time Credential in Education, a Masters of Divinity, and a Ph.D. in psychology. He is currently producing a weekly television program devoted to stories of our national war heroes. Bill lives in Southern California with his wife, Barbara, and their two sons, Tony and Paul.

Maverick Jetpants in the City of Quality