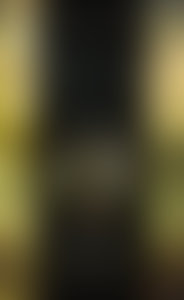 Judith Rock, a modern dancer and choreographer for many years, founded Body and Soul Dance Company in Berkeley, California, toured extensively as a solo concert dancer, and studied baroque dance. Research for her PhD in art and theology took her to Paris, where she lived at the Jesuit Cultural Center and researched the seventeenth- and eighteenth-century ballets produced at the Paris Jesuit College of Louis le Grand.In a startling leap, Rock then spent several years as a police officer before taking that experience back to the stage as a playwright and actress. She was an auxiliary officer in the NYPD and later a part-time police officer in Minnesota, working midnight shifts.Rock has written on dance, art, and theology for many journals, and has been the artist in residence and taught and lectured at colleges, seminaries, and conferences across the United States and abroad. After years in New York, she and her husband now live in Sarasota, Florida. The Rhetoric of Death, her first novel, was a 2011 Barry Award nominee.

The Whispering of Bones

A Plague of Lies

The Eloquence of Blood

The Rhetoric of Death