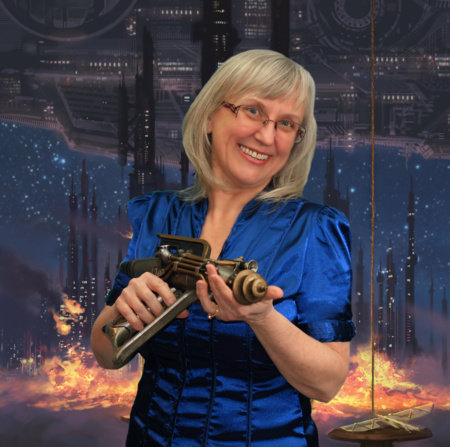 Canadian, biologist, and award-winning author/editor, Julie E. Czerneda shares her curiosity about living things and optimism about life through her science fiction and fantasy, published by DAW Books. The 20th anniversary edition of her acclaimed SF novel, In the Company of Others, will be released fall 2021 (Philip K. Dick Award finalist; winner 2002 Aurora for Best English Novel). Just released is Julie’s 22nd novel, Spectrum, continuing Esen’s misadventures in the Web Shifter’s Library series, featuring all the weird biology one could ask. She also writes fantasy, including the current Aurora Award novel, The Gossamer Mage, and is a prolific anthology editor. Julie is represented by Sara Megibow, of KT Literary. Find more at www.czerneda.com.

Sign me up for news about Julie E. Czerneda and more from Penguin Random House

To Each This World

A Dragon for William

The Clan Chronicles: Tales from Plexis

Under Cover of Darkness