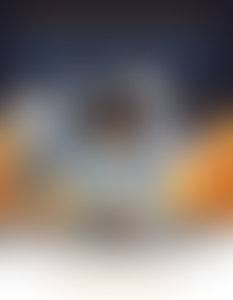 John Rocco is a #1 New York Times bestselling author and illustrator of many acclaimed books for children, including Blackout, recipient of the Caldecott Honor. Rocco has illustrated the covers for Rick Riordan’s internationally bestselling series Percy Jackson and the Olympians, Magnus Chase and the Gods of Asgard, and The Trials of Apollo. He also created the illustrations for the #1 New York Times bestsellers Percy Jackson’s Greek Gods and Percy Jackson’s Greek Heroes. Before making children’s books, Rocco spent many years as creative director for Walt Disney Imagineering. If he couldn’t make books, he would like to work as an engineer for NASA. He hopes this book will serve as his application. Rocco lives in Rhode Island with his wife, daughter, and several demanding animals. To find out more, visit roccoart.com, or follow him on Twitter at @johnroccoart and on Instagram at @johnrocco.

How We Got to the Moon

How to Track a Truck

How to Train a Train