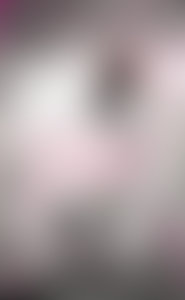 Kimberly Frost lives in Houston where she is taking dictation from her characters and is currently working on the next book in the Southern Witch series. Frost is known for her paranormal romances. Frost has written more than seven novels and two novellas.

Tied With a Bow

A Novel of the Etherlin

Your debut novel Would-Be Witch features the charming Tammy Jo Trask and the sexy Bryn Lyons. Who was your inspiration for these characters?

Tammy Jo found me. I was holding a casting call in my head for the main character of a new story I wanted to write combining my favorite elements from humorous mysteries and urban fantasies. I had an idea of what traits the lead character should have. I needed her to be determined and optimistic with a fighting spirit. I also knew I wanted the Would-Be Witch setting to be a small town full of quirky characters. I believe Tammy was born out of that. When she appeared as this charming and well-intentioned Southern girl surrounded by trouble, I knew I could build the story I wanted to create around her.

Bryn arrived in much the same way. I started with names and concepts and brainstormed a bit. I wanted him to be someone dangerously charming that Tammy couldn’t quite trust. Someone clever with a mysterious past. For looks, I was inspired by Pierce Brosnan in his early roles and by some handsome dark-haired models in Gentleman’s Quarterly.

Have you always been drawn to write about witches? What is it about the paranormal that you find inspiring?

I think this is the first time I’ve written about witches, but I’ve been fascinated by the paranormal my whole life. I can’t understand people not wanting to read about worlds full of magic. Stumble into a forest at the back of an enchanted wardrobe? Attend Hogwarts? Absolutely, sign me up. I had a big imagination as a kid and have apparently never outgrown it.

Tammy Jo’s sidekick is an ocelot called Mercutio. Why an ocelot? Can you tell us a bit about them?

I saw a picture of an ocelot and immediately wanted one. I’m a fan of big cats. Maybe it’s the Leo in me? And a witch really needs a cat. Since Tammy Jo spends a lot of her time fighting villains, it made sense for her to have a “big cat” for a sidekick. It would’ve been tough to hide a tiger in a small town, but people do sometimes try to raise ocelots, which are smaller than tigers, as pets—though ocelots are difficult to domesticate and some can’t be. The artist Salvador Dali used to have ocelots that routinely tore up his hotel rooms and everything in sight. The fact that ocelots are truly wild appealed to me.

Readers can see how gorgeous ocelots are by the front cover of Would-Be Witch. The talented Berkley cover artist’s rendering of Mercutio is dead-on perfect. Ocelots look quite a bit like leopards, but in addition to their spots, ocelots have some stripes as well. They’re nocturnal, grow to be about twice the size of domestic cats, and they live in the southern United States, Mexico, and South America. They’re territorial and, if threatened, they’ll fight to the death. Mercutio definitely shows those tendencies in the stories. He’ll fight anything that needs fighting without a thought to how much bigger the opponent is. That’s probably part of why Tammy Jo and I admire him so much.

Your main character Tammy Jo is a pastry chef. Is this a profession you have a personal interest in?

I like to entertain, and when I do, I often try out complicated recipes, but I’m certainly no gourmet chef. My aunt gave me a cookbook called Death By Chocolate, and I had several kitchen mishaps trying recipes from that book, but it was fun. Then, I visited a museum and one of the minor exhibits was called “Chocolate.” The creations in that exhibit were amazingly elaborate. Whole sculptures of flowers, animals, castles, and landscapes made of different colored chocolate. I suppose some of those things were rattling around my subconscious when I was thinking about Tammy Jo’s occupation. It turns out that Tammy Jo has a secret in her past that predisposes her to this type of work, but the details aren’t actually revealed until the second book, Barely Bewitched, so I can’t say more about it here.

Your next novel, Barely Bewitched comes out this fall. Can you give us a sneak peek?

Barely Bewitched picks up right where Would-Be Witch leaves off. During the course of the first story, Tammy Jo and Bryn break some rules, so in the second book, Tammy Jo has consequences to face. A pair of wizards from the World Association of Magic comes to town, and they demand that Tammy Jo train for a dangerous magical challenge. Naturally, their arrival is more complicated than she first realizes. Also in Barely Bewitched, more of Tammy Jo and Bryn’s backgrounds are revealed and we learn why Tammy Jo’s magic doesn’t work properly, and also a secret about Bryn.