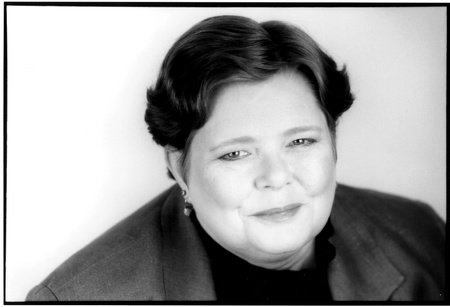 TAMORA PIERCE is the #1 New York Times bestselling author of over eighteen novels set in the fantasy realm of Tortall. She first captured the imagination of readers with her debut novel, Alanna: The First Adventure. Since then, her bestselling and award-winning titles have pushed the boundaries of fantasy and young adult novels to introduce readers to a rich world populated by strong, believable heroines. Her books have been translated into many languages, and some are available on audio from Listening Library and Full Cast Audio. In 2013, she won the Margaret A. Edwards Award for her “significant and lasting contribution to young adult literature.” Pierce lives in Syracuse, New York, with her husband, Tim, and their cats, birds, and occasional rescued wildlife. Visit her at TamoraPierce.com and follow her on Twitter at @TamoraPierce.

Tempests and Slaughter (The Numair Chronicles, Book One)

Protector of the Small Quartet

Song of the Lioness

Protector of the Small

Tamora Pierce on how she started writing female heroes

What are legends like before they’re, well, legends? Tamora Pierce explores that question in February’s Tempests and Slaughter, the story of a Gifted young boy named Arram Draper who will later be known as Numair Salmalín.

Arram is the youngest student to enter the Imperial University of Carthak, where he catches a lot of attention – both wanted and unwanted – and befriends the “leftover prince” Ozorne. But Arram comes from a country without slavery, and Carthak (outside the university) runs on them, from the gladiator games the populace favors to the imperial household itself. Even more troublesome, other Carthaki princes are meeting mysterious ends, and Ozorne is getting closer to the throne – and to danger.

Pierce, a prolific young adult fantasy author, received the 2013 Margaret A. Edwards Award for a lasting contribution to young adult fiction for two series set in the fantasy universe of Tortall: the Song of the Lioness quartet and the Protector of the Small quartet. Tempests is the first novel-length return to Tortall since 2011’s Mastiff.

PENGUIN RANDOM HOUSE: Tempests and Slaughter brings readers back to Tortall and its surrounding realms. Can you share with readers where the start of Numair’s story fits in the Tortall universe’s timeline?

Tamora Pierce: It begins in 435 Human Era, when Arram is 10, or 11, or something like that. Jonathan of Conté is close to receiving his knighthood.

PRH: Aside from Arram Draper, the young mage who will eventually become Numair Salmalín, there are more familiar faces for those who have read other books in this universe, but Arram also makes a lot of friends who will be new to your fans. Do you have any favorite characters who appear in Tempests and Slaughter?

TP: Apart from the old friends we will see in the Daine and Kel books, we meet Preet, the stolen immortal bird; Enzi, the crocodile god; Sebo, the old, fierce Carthaki water mage; Yadeen, the imposing stone mage and teacher of juggling; and Arram’s other fascinating masters in the art of magecraft.

PRH: Arram has such an intense curiosity about the world around him, and he ends up taking lessons in topics as diverse as the magical properties of stones, animal anatomy, and juggling. What are some of the topics you researched while working on this book? Did anything stand out as your favorite?

TP: Crocodile behavior, Mediterranean and north African cookery, north African dress in the Middle Ages and modern times, slave culture in the medieval Mediterranean, medieval medical practice and how to mingle it with magic . . .  I think I liked Arram’s studies in medicine.

PRH: What can readers look forward to seeing from you next once they’re done with Tempests and Slaughter?

TP: Book 2, of course! Ozorne is still an obscure prince, Musenda is still a captive, the three friends are still struggling to advance as mages, and Enzi still has to return Preet to Mithros, just as Arram has to become Numair and Varice has to make herself a place in the greater world.