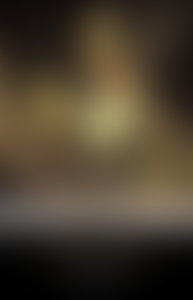 Margaret Lucas Cavendish Duchess of Newcastle (1623-73), was the youngest and minimally educated child of a wealthy Essex family. In 1643, the year after the outbreak of the English Civil War, she became a Maid of Honour to Queen Henrietta Maria, travelling with her into Parisian exile in 1644. There, in 1645, she married the widowed William Cavendish, Marquis (later Duke) of Newcastle (1593-1676), who had been commander of Charles I’s forces in the north, and a well-known patron of arts and letters. The Newcastles lived lavishly on credit in Antwerp from 1648 until the Restoration allowed their return to England in 1660. Between 1653 and 1668 Margaret Cavendish published a dozen substantial books including poetry, moral tales, speculative fiction, romance, scientific treatises, natural philosophy, familiar letters, closet drama, orations, an autobiographical memoir and a biography of her husband. The sheer quantity and variety of Cavendish’s published writing was unprecedented amongst earlier English women. These publications, and her cultivation of personal singularity, made her an infamous figure both in her own lifetime and since, subverting patriarchal codes of feminiity while championing the legitimacy of monarchy. She appears in theatrical cameos in the writings of contemporaries like Pepys and Dorothy Osborne, and in subsequent accounts of maverick women by such writers as Charles Lamb and Virginia Woolf. Through her generically experimental and diverse writings, Margaret Cavendish emerges as an ironically self-designated spectacle, and as the self-proclaimed producer of hybrid creation and inimitable discourses, which are finally beginning to receive the attention that her life has rarely lacked.