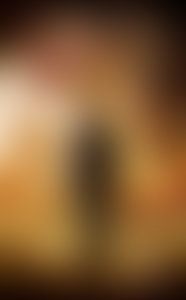 Mark Del Franco lives with his partner, Jack, in Boston, Massachusetts, where the orchids tremble in fear since he killed Jack’s palm plants.

Your protagonist for the Connor Grey series is a man; but Skin Deep features a female lead, Laura Blackstone. Did you find there were challenges in writing a female voice vs. a male voice?

Definitely. My biggest concern was creating a strong woman who wasn’t a male character in disguise. Fortunately, I know a lot of strong women who served as inspiration. The positive feedback I’ve received on my female characters in the Connor Grey series also gave me the confidence that I was hitting the right notes and was ready to move a female character front and center. I think readers are comfortable with male characters being loners as a sign of independence (which is, of course, a stereotype), but less so with female characters. So, the trick for me was to create a character who was independent yet functioned as part of a team. Laura reports to a male character, but their relationship is defined by their work situation, not their gender—she respects him as her boss, but he defers to her judgment outside his field of experience. Actually, it just occurred to me that all my beta-readers are women, so the situation comes naturally to me in that respect. Plus, they would not hesitate to call me out on anything that didn’t ring true to them.

What inspired you to tell Laura’s story?

Laura herself. I’ve mentioned elsewhere that she was a character in the Connor Grey series that was cut from the first book. I brought her back in the second book, but she ended up getting cut in the editing again. At that point, she didn’t quite fit in the Connor series anymore, but I had thought enough about her that she had become the most fully realized character that no one knew about. She pretty much demanded her story be told.

Your books have a strong mix of action, character development, even some romance. What is your favorite kind of scene to write? One that features dialogue, action, some villainous deed, or . . .?

The revelation scenes. One thing I strive for is to bring the reader’s and the character’s understanding of the plot together at the same time. If I do my job right, when a big reveal happens that makes the characters go ‘ha!,’ I hope the reader is doing the same thing. Those scenes are fun because they resolve the hints and clues I’ve laid out up to that point and when it comes together properly, I find that deeply satisfying. I also like writing dialogue. I know a lot of snarky people and being playful with language is a favorite pastime. I will admit I’ve stolen more than one line of dialogue from friends who rotfl when they find out and that’s fun, too.

Can you tell us a little about the history of the Convergent world, and how it is different from our own?

Sometime in the early 1900s, parts of the Celtic and Germanic worlds of Faerie merged into our reality. Primarily the people of Faerie arrived, though some physicality of Faerie did, too—Tara in Ireland, the Faerie version of Stonehenge (readers haven’t seen it, but it’s more complete in the Convergent World), parts of northeastern Germany, and pockets that appeared spontaneously in parts of Western Europe and the Eastern U.S. We know it was the result of some kind of conflict in Faerie that expended an enormous amount of energy, but as a result of what happened even those involved don’t remember how or why. Both the Connor Grey and Laura Blackstone series are set over a century later, when these magical beings have integrated somewhat into our society. Our world history is the same for most part—enough of the fey came through to impact history, but not change it radically. As readers will see in both series, that’s about to change. Maybe for the worse. Maybe for the better. It depends on one’s point of view.

The Connor Grey novels take place in your hometown of Boston, so you obviously have a good feel for its setting. Are you as familiar with D.C. and Laura Blackstone’s home town?

I decided to set the Laura Blackstone novels in Washington D.C. because the city has lots of history, interesting architecture and, of course, power. I visited as a kid, but I never lived there, so I made a research trip, talked to people who lived there and tried to give Laura’s Washington the same depth as Connor’s Boston. I was completely paranoid while visiting though, expecting security guards to start asking me why I was taking pictures of stairwells and random buildings.

How did you develop the Convergent world? Do you have ideas for its evolution as the two series continue?

The Convergent World started as the concept of a modern city with beings from Faerie assimilated into society. The kind of integration I was looking for had to take time (look to various civil rights movements to see what I mean). At the same time, I wanted Boston to be recognizable, so I didn’t want to tinker with history too much. That led to placing Convergence—the event that caused the two realities to merge—in the early 1900s. The twentieth century had enormous social and political upheaval, so it became relatively easy to slip fairies and elves in without damaging the timeline too much.

I definitely have ideas for the evolution for both series. I like the concept of stand-alone novels in a broader series story arc. Setting both these series in the same world leads to interesting possibilities of crossover of characters. Having worked with Connor longer, I have a clear understanding of where he will go. I know Laura’s story in broader strokes—and there are hints in Skin Deep of where things might go. And, of course, I originally envisioned Connor and Laura in the same book and the possibility exists again that it may happen, which I think would be very cool.

Do you have a favorite novel, or a favorite character, from all those you’ve written?

In terms of novels, my favorite is always the last one I wrote! It’s always the freshest in my mind and gives me the opportunity to share the next installment with readers. In terms of favorite characters, I’m going to be lame and say all of them, but I think it’s true. I spend a lot of time thinking about characters as people. When they become people to me, I know their thoughts and motivations, and it’s hard for me to judge them solely on their actions. In the Connor series, for instance, Keeva does and says some awful things to Connor and not all of them are deserved. But I also know her motivations and, while I may not personally make the choices she makes, I do understand what drives her. So, I end up liking her. Maybe not someone I’d hang with, but as a character, she’s great to write.

How has the process for writing the Laura Blackstone series been different than the Connor Grey series?

I think of Connor as a mystery series and Laura as a thriller series. Connor hunts down murderers who act independently of Connor’s actions, so that series works in my head much more linearly. It’s easier for me to keep his plots in my head. Laura works in a world of action and reaction—the perpetrators know they are being watched, sometimes know it’s Laura watching—so her novel works much more cat-and-mouse. I find myself making notes and rough outlines much more with Laura so that I can see the ramifications of events.

The two series are written in different points of view as well. Connor is a first-person narrator, and that feels very natural to me. Laura is third-person limited—complicated by her glamoured personalities making it, in Skin Deep, at least four points of view. Connor is always Connor, but with Laura, I have to remember her undercover personality, Laura’s feelings about that personality, as well as Laura’s private thoughts. It’s a more complicated juggling act for me—one I set-up as a means of growing as a writer.

Can you give us any hints about what’s next for Laura as the series continues?

After years of being very good at her job, Laura is finally coming to the conclusion that she is defined by her work, which doesn’t sit well with her. We will see her rebel against authority figures more, express her opinion more forcefully, and maybe let herself go on a date and even enjoy it. She’ll probably save the world in her spare time, though.

I am incredibly flattered and grateful at the level of anticipation Connor readers have expressed for Laura. Writers spend lots of time alone with their work, so it’s deeply satisfying that people like what I’m doing enough to tell me. I’ll do my best not to disappoint!