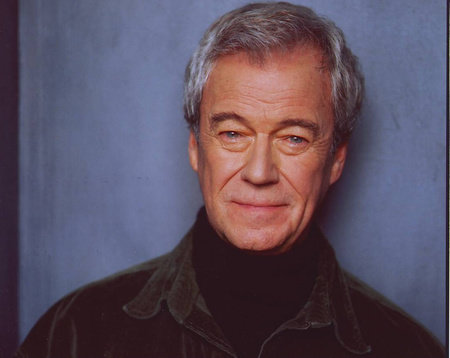 GORDON PINSENT was born in Newfoundland. He began his career at the Manitoba Theatre Centre, which led to roles at the famed Stratford Festival. In 1962, he made his TV debut with a guest appearance on the US series Hallmark Hall of Fame, as well as becoming a regular on the Canadian series Scarlett Hill. The following year, he played a recurring role as Mountie Sergeant Scott on the beloved children’s series The Forest Rangers. In 1966, he landed the lead in the Canadian series Quentin Durgens, M.P. Just a short while later, Pinsent played Jamie McDonald in The Thomas Crown Affair (1968), starring Steve McQueen. Guest appearances on popular U.S. series followed. In 2003, Pinsent received the ACTRA Toronto Award of Excellence and in 2004, an Award of Excellence at the Banff Television Festival and was inducted in 2007 into Canada’s Walk of Fame. From 2008–2011 Pinsent worked on CBC Radio One’s documentary, The Late Show. He attained recent notoriety for reading from Justin Bieber’s autobiography on This Hour Has 22 Minutes in 2010. In 2014 he won the Canadian Screen Award for Actor in a Supporting Role for The Grand Seduction. He continues to work steadily both on TV and in film.