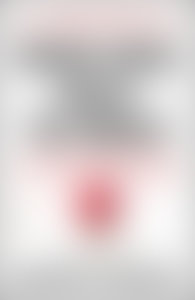 Martin Jacques co-edited and co-authored The Forward March of Labour Halted?, The Politics of Thatcherism, and New Times. Jacques co-founded the UK think-tank Demos, has been a columnist for the Times of London, and was editor of Marxism Today and deputy editor of the Independent. He currently writes a regular column for the Guardian and is a visiting research fellow at the London School of Economics Asia Research Centre.

When China Rules the World

You write that China is playing a long game that’s very subtle and hard for the West to understand. Is this a consciously articulated strategy or a modus operandi central to Chinese consciousness?

I think it’s both. Because the U.S. is such a recent creation, the American timescale is extremely short. China’s civilization goes back 5,000 years, and the Chinese constantly access very distant history to illustrate the problems of the present. Kissinger once asked Zhou Enlai what he thought about the French Revolution, and Zhou Enlai said, “It’s too soon to say.” With that mentality coupled with its size and growth, the balance of power is constantly being reconfigured in China’s favor, and they can be patient. But it’s also conscious strategy; after the “century of humiliation,” they prioritized creating the best possible circumstances for development, and they’ve tried to get on with the countries that they perceive to matter.

According to you, the rise of China will be “profoundly traumatic” for the U.S. Why don’t we hear more about the U.S.’s waning power?

It’s American hubris; 50 years of great power influence and the collapse of the Soviet Union has befuddled the mind. The greatest period of danger for great powers is when they think they’re at the height of their powers—remember that song, “Britannia rule the waves?”—they translate what is contingent into something that is eternal. The Bush administration thought that the world was going to be redrawn according to American interests, that this would be the real legacy of the cold war. And they were totally wrong; American power was actually in decline, and the reason it was in decline was the rise of the developing countries and above all, China. But the West thinks that there is only one form of modernity, Western modernity, that developing countries are on an escalator heading in the same direction toward a Western-style society, and that China’s rise should be viewed narrowly, as an economic phenomenon—not as something operating according to a different political, cultural, philosophical template.

What’s next for you?

I don’t know. This book has been a very long journey. It’s an intellectual work, but also a love story. The seed for the book was planted in 1993, and it coincided with my meeting my wife, Hari, who was Malaysian. I started the book in 1998, but 14 months in, it was brutally interrupted by her death. The book was given its power and passion by my overwhelming love for her: I had finally met my soul mate, this magical person, from profoundly different worlds from mine, and I had became enormously sensitive to race and had to deconstruct myself as a white person to understand our differences with humility. And that was a motif, in a way. To understand East Asia, I had to dump my baggage and approach these cultures with due modesty.