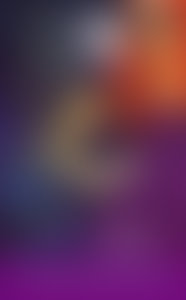 National bestselling author Michele Bardsley lives in Texas with her son and their numerous pets.

When I wrote I’m the Vampire, That’s Why, I never imagined that so many people would dig (hah!) the idea of vampire PTA parents. Writing about the unique town of Broken Heart, Oklahoma and the stories of its citizens is more fun than eating a box of gourmet chocolates. That’s a lot of love, people!

The second novel, Don’t Talk Back to Your Vampire, is about town librarian Eva LeRoy, proud single mother of a fifteen-year-old daughter. She’s unaccountably attracted to her … well, murderer … Lorcan O’Halloran. Lor’s a former Druid who can’t forgive himself for past misdeeds. And he can’t stay away from Eva, especially when he’s the only one who can protect her from the unknown evil encroaching Broken Heart’s borders.

Drum roll, please! My May release, Because Your Vampire Said So is the third book set in Broken Heart. I’m really excited about this story! (Or maybe it’s the overload of caffeine, but whatever.) Divorcee Patsy Donahue is an undead hair stylist whose clientele has dwindled down to human donors and shaggy lycanthropes. Her sixteen-year-old son Wilson is driving her crazy, but not as much as the ghosts who want her to solve their problems. However, her biggest problem is named Gabriel Marchand—a gorgeous lycanthrope with dark secrets that could mean the death (no, really) of Patsy.

Until we meet again,