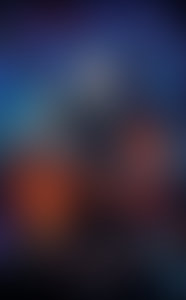 Nancy Holzner grew up in western Massachusetts with her nose stuck in a book. This meant that she tended to walk into things, wore glasses before she was out of elementary school, and forced her parents to institute a “no reading at the dinner table” rule. It was probably inevitable that she majored in English in college and then, because there were still a lot of books she wanted to read, continued her studies long enough to earn a masters degree and a Ph.D.

She began her career as a medievalist, then jumped off the tenure track to try some other things. Besides teaching English and philosophy, she’s worked as a technical writer, freelance editor and instructional designer, college admissions counselor, and corporate trainer.

Nancy lives in upstate New York with her husband Steve, where they both work from home without getting on each others nerves. She enjoys visiting local wineries and listening obsessively to opera. There are still a lot of books she wants to read.

Welcome to Deadtown. Not your average neighborhood, it’s a place of shadows and nightmares where your next-door neighbor would just as soon eat you alive as lend you a cup of sugar. Vampires, werewolves, and other things that go bump in the night live side-by-side with Boston’s two thousand zombies, victims of a freak virus. To most Bostonians, Deadtown is a place to avoid. To Victory Vaughn, it’s home.

Vicky is one of the Cerddorion, a race of demon-fighting shapeshifters who trace their lineage back to the Welsh goddess Ceridwen. She makes her living exterminating other people’s personal demons, the kinds that feed on fear or guilt or are sent on a mission of revenge. When she’s not working, she’s tutoring her pain-in-the neck teenage zombie apprentice or trying to squeeze in a date with her on again, off again boyfriend, Alexander Kane. Kane, a lawyer (and werewolf), is immersed in his work as a leader in the Paranormal Americans Rights movement, and his long hours are one reason their relationship never seems to go anywhere. Truth be told, though, Vicky is just as busy, between ridding her clients of demons and dodging an unethical scientist who wants to make Vicky her next research project.

Then one of Vicky’s clients is killed by a creature far more horrible than any of Deadtown’s inhabitants, forcing her to face the demons of her own past.

I had a lot of fun creating Deadtown‘s world. I started with this question: How would a city like Boston cope with the sudden emergence of monsters in its midst? That’s a common question in urban fantasy, and my twist on it was the zombie plague. Imagine: Two thousand Bostonians cut down by a swift, irresistible virus. Paranormals, who are immune, come forward to help manage the quarantine zone. And then all of those plague victims start to rise. How would uninfected humans respond? At first, there’s jubilation—lost loved ones aren’t lost after all. But with time, that jubilation turns to wariness, and then fear. The newly risen zombies look different, with spongy, gray-green skin, stiff movements, and blood-red eyes. They act differently, too; they avoid sunlight, they’re scary strong, and they develop this little problem of crazed hunger at the scent of human blood. These creatures aren’t the same loved ones who were lost, not at all. Human fear spawns a need to control, and all paranormals are restricted to the former quarantine zone, Deadtown.

Why Boston? First, it’s a city I know well. I went to college there, and I lived within commuting distance for several years. It’s also a city of contrasts. It’s an old city brimming over with college students and young professionals. Eighteenth-century buildings like the State House, Faneuil Hall, and the Old North Church stand in the shadows of skyscrapers. It’s the home of “banned in Boston” and (before it was cleaned up) the red-light district known as the Combat Zone. This dual nature made Boston the perfect location for my city-within-a-city.

Writing Deadtown was a blast. The characters constantly surprised me, and it was fun to play up the absurdity of some of the situations Vicky gets into. Writing this book was also meaningful to me, because I’ve gone through many of the same things that Vicky faces. Not that I’ve ever slain any demons (besides the metaphorical kind), but I’ve dealt with loss and faced progressively difficult challenges when I felt more like crawling into bed and burying myself under the covers. I hope you’ll enjoy exploring Deadtown!