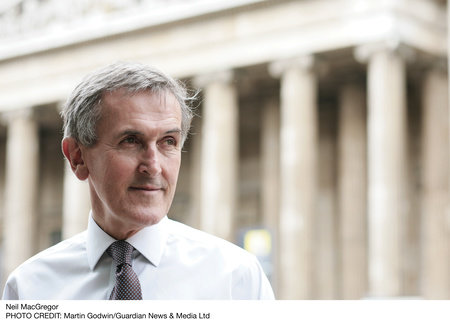 NEIL MACGREGOR was director of the National Gallery, London, from 1987 to 2002 and of the British Museum from 2002 to 2015. His previous books include A History of the World in 100 Objects, Shakespeare’s Restless World, and Germany: Memories of a Nation, between them translated into more than a dozen languages. In 2010, he was made a member of the Order of Merit, the UK’s highest civil honor. He is now chair of the steering committee of the Humboldt Forum in Berlin.

Living with the Gods