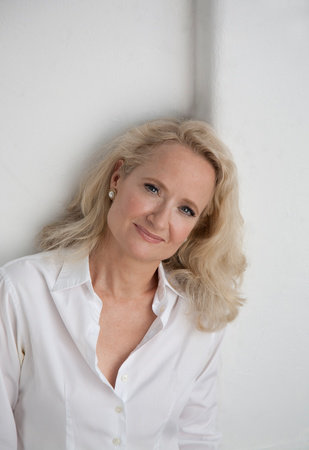 Pamela Keogh is the author of the international bestselling illustrated biographies Audrey Style, Jackie Style, and Elvis Presley, as well as What Would Audrey Do? Her work has been featured widely in the media, including on the Today show and Larry King Live, and in Vanity Fair and The New York Times. A graduate of Vassar College, she lives in New York City.

Are You a Jackie or a Marilyn?

What Would Audrey Do?

“Are You A Jackie or a Marilyn?”—why ask the question?

Why not ask the question—that’s my answer!

Jackie and Marilyn are two dichotomies of the female experience, of what’s possible (or permitted!) for them in society. The first lady and the movie star, the good girl and the bad girl. It’s the whole Madonna/whore thing (although I HATE that expression) writ large.

My opinion is—let’ s explore it—let’s lay it out on the table and bring it forward to the 21st Century and see what we’ve got. Because god knows—it is as applicable today as it was in the 1960s. That’s the great thing about asking the question and exploring it—for yourself, your daughters, your nieces and friends

What makes someone a “Jackie”?

Off the top of my head, I would say the Jackie is very insightful—she sees the angles and figures out what is best for her… and then does it. The Jackie takes about four seconds to size up any situation and always knows the “best” thing to do.

She is also wildly passive aggressive. When she gets annoyed at people she just ignores them. They don’t exist anymore.

On the other hand—if she likes you—boy, do you know it!

What makes someone a “Marilyn”?

Marilyn is far more vulnerable, and obviously sexy. She is (for lack of a better term) “softer.” On the other hand, and this is what makes her interesting, she is ambitious as hell and wants—needs—to be famous. To be known.

Can a guy be described as either “Jackie” or “Marilyn?”

Absolutely! Just take the basic Jackie or Marilyn characteristics and apply them to men.

I will say, that in general, most actors are Marilyns and most politicians and businessmen are Jackies… although there can be some crossover.

What was the most surprising thing you learned about these women in writing the book?

Marilyn was far more intelligent than she ever got credit for, and Jackie far more sexual. They were both survivors and both, at times, did whatever the heck they wanted.

Also, regardless of what The National Enquirer might have you believe, they never met one another.

What made these women the icons they are today?

Because they were originals. They were not some stylist’s creation. What made them compelling (still, today) are their lives—what they went through and, yes, survived.

Of course, it helped that they were both stunningly beautiful and well read and had amazing taste in so many things.

Like many women, they were both vulnerable and strong.

How can women of today learn from Jackie and Marilyn?

I think Jackie and Marilyn can be seen as a template on “how to” live our own lives. We can look to them—at some of their triumphs and tragedies, and the fun stuff, too—and think: “well, if she can get through that, then I can, too…”

Jackie and Marilyn were both consummate actresses. If you want to know about pure style—how to light up a room, seduce a man, hold an audience… well, there are no better teachers.

I think that Jackie and Marilyn also teach us that “style matters.” And it has nothing to do with money…

How do you think the role of a woman has changed from the era of Jackie and Marilyn to today?

Well, I think we have far more options today.

We can work, or we can marry and stay home and raise children… or some combination of the above. (Or men can stay home and raise the kids… or—we don’t even need an actual man to create a child!) It is somewhat accepted that a man and woman can live together without the benefit of marriage. We have a woman who ran for Vice President, and another who is the Secretary of State, or running major corporations, or president of a country—like Germany—unheard of in Jackie and Marilyn’s time!

Women can make their way in the world with a bit more latitude than Jackie or Marilyn enjoyed. In fact, later on in life, Jackie said that if she had to do it again, she might have not married and been a writer!

But having said that, both Jackie and Marilyn were unconventional and traditional. They were fiercely independent, but both wanted to marry and have children and have a happy, satisfying home life. Sadly, Marilyn was never (really) able to experience that. Perhaps because of her own unsettled childhood.

What style tips would you give someone who wants to emulate Jackie/Marilyn and still want to keep up with today’s trends?

I think the MAIN THING is to put trends aside as the main course—and follow what works best for you. If you have an amazing figure and want to show it off—go for the Marilyn. If you are a bit more traditional in your approach, follow Jackie. And then see what’s going on in the runways and in the air, and add one or two trendy accents so you don’t get stuck in a time warp.

But the main thing is to know your body, your figure, your life—what works for you—and then take it from there. Keep trends as more of an accent rather than the main thing.

What relationship tips do you think women can learn from Jackie/Marilyn?

From Jackie, you learn to keep your eye on the prize and go after what you want. Don’t waste time with pikers.

Marilyn teaches you that men are very visual creatures, and that they love sex—well, who doesn’t!

And finally—and this is perhaps the most important tip: if you’re not happy in your relationship, leave. Neither Jackie nor Marilyn hung around. They figured out what was best for them and always, always maintained their dignity. (Think Joan on Mad Men—you know what we’re talking about.)