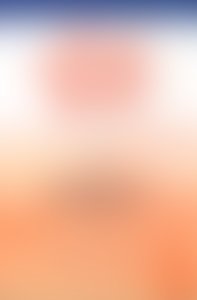 Pat Carroll began her career as a respiratory therapist, a graduate of Upstate Medical University in Syracuse, NY. She returned to school to become a registered nurse, and is a proud alumna of Excelsior College School of Nursing based in Albany, NY, the largest nursing school in the United States. She has additional degrees in education and nursing.

Most recently, Pat has maintained a clinical practice as the volunteer health coordinator for the homeless shelter in her community, and is now working with her former Congressman to bring a community health center to the largest city in Connecticut without one. She has extensive experience in ER nursing, critical care, home care and traditional in-patient hospital care of adults and children. She’s board certified in general nursing, emergency nursing and nursing professional development.

Known for her entertaining style, Pat is a sought-after speaker for professional and community education programs and has been making regular television appearances around the US since 2001. She’s also been on CNN Headline News and Fox News Channel. Her goal is to present health segments from a nurse’s perspective and to help establish nurses as credible health experts in the media. She won a Golden Lamp Award from the Center for Nursing Advocacy in 2003 for providing one of the best media portrayals of nursing. Pat’s special for PBS, Hints for Health: A Nurse’s Notebook® debuts in Connecticut in June 2004, and nationwide in August.

Pat published her first article in a professional journal twenty-five years ago. Little did she know that would lead her to a career publishing nearly 200 professional articles along with two award-winning textbooks. What Nurses Know and Doctors Don’t Have Time to Tell You is the culmination of a dream — Pat sees it as the ultimate patient education opportunit