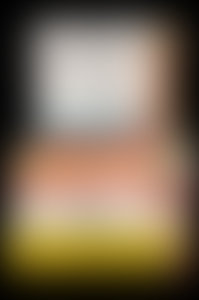 PATIENCE BLOOM has been a romance editor at Harlequin for sixteen years. After living in Connecticut, New Mexico, and Paris, she now lives in New York City.

Patience Bloom always loved reading romance novels. They got her through teen angst and adult trauma, and as soon as she discovered it was possible to make a living bringing them to life, she’s been happily working as an editor at Harlequin. But her own love life never seemed to match the bosom-heaving, world-conquering passion of her favorite novels — that is, until she got a message out of the blue from an old flame. We spoke to Patience about becoming the heroine of her own romance and her witty memoir that tells the story, Romance is My Day Job.

PENGUIN RANDOM HOUSE:Did you ever think about telling your own story as fiction, or did you always want it to be a memoir?

Patience Bloom: Before Romance Is My Day Job even came close to a publisher, it was my NaNoWriMo book for 2010 — and accidentally nonfiction. I didn’t think I would ever show the story to anyone. Then I decided to fictionalize it, which took about a year. Suddenly, the opportunity to write it as a memoir came about and I wrote an entirely new draft, which is the one out now. So there are three different takes on this story — two of which will remain buried on a flash drive.

PRH:Writing your own romantic ending must have felt at times like tempting fate. Was there a particular point in your relationship with your husband when you felt that it would be safe to write about it in this way?

PB: Yes! Throughout the entire experience of writing this book and even some points afterwards, I thought, “This will ruin my marriage” — just like getting a tattoo of your beloved’s name. So far, we’ve come through it pretty well. I went through a period of being more self-absorbed than usual, but I’m being much nicer to Sam now and muttering under my breath, “Please don’t divorce me.” He really loved that I wrote this book and has been so supportive.

PRH:What did Sam think about becoming a romantic hero? Did he have much input into his character in the book?

PB: Because Sam is popular, he doesn’t think about such petty things. He’s thinking about a nice dinner out with friends and who’s going to treat and what kind of trouble they can cause. He’s a nurturing soul, who loves his family, friends, and me — things I find deeply heroic. He’s too self-deprecating to acknowledge his heroism and for a while, he wasn’t able to read the book. On a long trip, he finally did and admitted to getting weepy in some areas — but then thought his antics (putting butt through a window) got too much airplay. By the way, he’s still a troublemaker, but doesn’t get injured as often. He does say his favorite chapters are the ones starring him.

PRH:The book is often very funny, but it has several moments that are painful to read and must have been very hard to write. How did you reconcile those moments with the more conventionally romantic part of the narrative?

PB: Romantic heroines often have some brutal backstory — usually off-screen — and I brought out some of mine for everyone to see. It felt necessary to present these experiences since they shaped my relationships and choices in major ways. By writing about them, I honored them and the person I was all through the trauma and heartbreak. I also wanted to show a very real side of myself that many women might understand — the aftermath of sexual assault or how one copes with estrangement or abandonment by a parent.

PRH:As an editor and a longtime reader of romance, you’re obviously a big fan of the genre. But did you ever think that your own expectations of romantic relationships were being set up unrealistically by these books?

PB: If I had unrealistic expectations about romance, they were set up by books in many genres, movies (Disney, rom-coms), childhood fairytales, and perhaps the cultural pressure (especially on women) that we have to find love — the sooner the better, and it’s going to be amazing. Romance novels are unfairly blamed for a lot of those expectations. If anything, romance novels gave me hope that finding love was possible. I always felt great after reading one, and that’s not a bad thing to bring to a relationship. As an adult, I was able to separate reality from fantasy. My priority was always to find a good guy who adored me as much I did him — not to marry a billionaire who would take me on his yacht. I’m not into boats!

PRH:Along the way you discuss several different romance novels, from the sublime to the ridiculous. Since Valentine’s Day is coming up, could you share a few of your all-time (current or classic) favorite romance reads?

PB: My list of favorites changes every few months. Right now, I can say that I’ve very much enjoyed When We Touch by Brenda Novak, Blame It on Bath by Caroline Linden, Face the Fire by Nora Roberts, Bayou Hero by Marilyn Pappano, and Three Weeks with Lady X by Eloisa James.