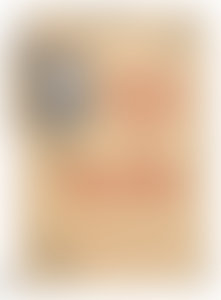 Patricia Lee Gauch grew up near Detroit and remembers fondly the Michigan lakes of her childhood. She loved to go camping and spent a lot of time exploring Lake Huron, Lake Michigan, and turtle-hunting in more tiny lakes than she can remember! She has used her childhood haunts as settings in several of her novels. After high school, Ms. Gauch went to Miami University in Ohio, where she graduated with a B.A. in English literature. Following college she worked as a reporter for the Louisville Courier-Journal and freelanced for the Detroit Free Press. She attributes much of her success as a writer to her newspaper days, which sharpened her eye for a good story and taught her the disciplines of writing. She holds a master’s degree in teaching from Manhattanville College and a doctorate in English literature from Drew University.

Ms. Gauch started writing books when she was home with her three children. She has received much of her inspiration from them (the Christina Katerina books and The Year the Summer Died). As a result, the progression of her books reflect their development. She has now written over twenty-five books appealing to readers across a wide age range.

Ms. Gauch has taught children’s literature at Rutgers and Drew University and reviewed for The New York Times. Her books have received critical acclaim as well as numerous awards and citations. With her teaching background and easy rapport with young people, she is a popular speaker and workshop leader, and makes appearances in schools and libraries across the country.

In 1985, Patricia Lee Gauch joined The Putnam & Grosset Group as Editor-in-Chief of Philomel Books where she acquired and edited numerous novels and picture books, among them Caldecott Medal winners Owl Moon and Lon Po Po and the Caldecott Honor winner Seven Blind Mice. She is now Vice President, Editorial Director, of Philomel Books.

She lives with her husband, Ron, in Hyde Park, New York.

Christina Katerina and the Box