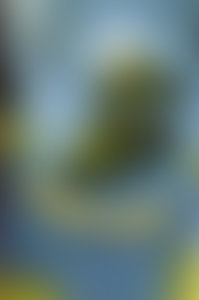 Even before I could read or write, I was making up stories in my family’s apartment in Brooklyn, New York. I’d sit under the kitchen table with my dolls and stuffed animals, and pretend the table and chair legs were a forest. Some days, the dolls would hide in the “trees” and the animals would stalk them. On other days, the animals would be gentle creatures that helped the dolls find their way home. When I wanted a winter adventure, I’d take my little cast into the bathroom and shut the door. There, the sides of the white tub became a snowy mountain for the dolls to climb, and the toilet, an icy mountain lake. (I have to admit that sometimes the dolls fell in.)

What I wanted more than anything in those days, was a dog. But we lived in a tiny apartment on the fourth floor of a building that didn’t have an elevator. So my mother bought me a little red-eared turtle instead. Before long, my turtle became an actor in my stories. Back under the table, I’d build block houses for it to crawl through. Or else it would join the dolls in the bathroom where it swam with the bath toys. And sometimes, it rode on the back of the taxidermied alligator (really a camen) that my aunt in Florida sent for my sixth birthday.

When I got to fourth grade, I could finally write fast enough without getting hand cramp to put my stories down on paper. My turtle got to retire to its bowl on a sunny windowsill. And I began writing stories like crazy. I kept it up all the way through my school years.

After college, I tried several different careers related to writing. I taught high school English, wrote advertising copy, and did some reporting for a local newspaper. But when I finally started to work on my first novel, The Rock Star, the Rooster, & Me, the Reporter, a wonderful thing happened. I felt the same, awesome sense of being totally immersed in my imagination that I’d experienced under the kitchen table all those years ago. I never want to lose that feeling again.

Today I spend most of my time writing in my studio at home. I also make author visits, and teach writing children’s literature in a program at Manhattanville College. I live in White Plains, New York with my husband, our dog, Kristi, and a red-eared turtle named Bartleby. Our two grown daughters, Emily and Jenny, visit us often.

Bartleby of the Big Bad Bayou