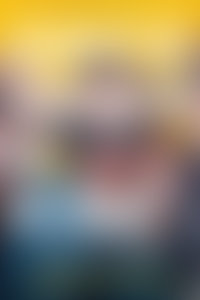 After growing up in Massachusetts and New Jersey, Robin Palmer graduated from Boston University in 1990 and moved to Hollywood where she worked in television for ten years before regaining her sanity and quitting her job to write. In addition to the middle grade series Yours Truly Lucy B. Parker, she is also the author of several modern retellings of fairy tales, Cindy Ella, Geek Charming  (which was recently made into a movie for Disney Channel), Little Miss Red, and Wicked Jealous, as well as various screenplays, television pilots, and misplaced To Do lists. After four years in New York City, she regained her sanity again and now  lives in Louisiana.

Visit her online at www.robinpalmeronline.com.

Once Upon a Kiss

Yours Truly, Lucy B. Parker: For Better or For Worse

Yours Truly, Lucy B. Parker: Take My Advice

Yours Truly, Lucy B. Parker: Sealed With a Kiss

Yours Truly, Lucy B. Parker