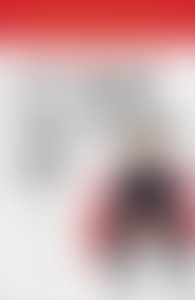 Roy M. Spence Jr. is chairman and CEO of GSD&M Idea City, a leading national marketing communications and advertising company that has helped grow some of the world’s most successful brands. In 1971, Roy and a group of friends founded the agency just after graduating from the University of Texas at Austin. Roy led an effort to build an environment where ideas are destined to flourish and making a difference was a priority from day one. Under Roy’s leadership, the agency flew with Herb Kelleher and Southwest Airlines and helped grow the most successful airline in aviation history and rode with Sam Walton and Walmart and helped build the largest company in the world. They cooked with Norm Brinker and Chili’s and helped serve up the most successful casual-dining restaurant in America and delivered for Ed Whitacre and AT&T and helped produce the largest telecommunications company in the world. And they declared “Don’t Mess with Texas,” creating one of America’s favorite advertising slogans. They went on to work with Presidents George H. W. Bush and Bill Clinton to encourage Americans to make a difference with disaster relief efforts. They work with the Clinton Foundation and the Clinton Global Initiative in making a difference around the world. And they brought perspective and unity to a damaged country after 9/11 with the moving “I Am an American” pro-bono ad campaign. Through their philosophy called Purpose-based Branding,™ GSD&M Idea City and their Purpose Institute division help organizations identify, simplify and articulate their purpose—the fundamental difference they’re trying to make in the world and their reason for being beyond making money. Through purpose and visionary ideas that make a difference, GSD&M Idea City is in the business of growing clients’ businesses.

Sign me up for news about Roy M. Spence Jr. and more from Penguin Random House