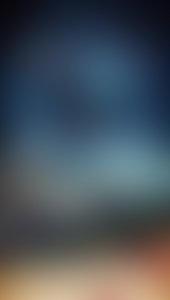 Sam Cabot is a pseudonym for Carlos Dews and S.J. Rozan.

Carlos Dews is an Associate Professor and Chair of the Department of English Language and Literature at John Cabot University where he directs the Institute for Creative Writing and Literary Translation. He lives in Rome, Italy.

S.J. Rozan is author of many critically acclaimed novels and short stories which have won crime fiction’s greatest honors, including the Edgar, Shamus, Anthony, Macavity, and Nero awards. Born and raised in the Bronx, Rozan now lives in lower Manhattan.

Skin of the Wolf

Blood of the Lamb

A Novel of Secrets

Behind the creation of Blood of the Lamb from writers S. J. Rozan and Carlos Dews (together aka “Sam Cabot”)

I was lucky enough, almost six years ago now, to land a job as chair of English at an American liberal arts college in Rome, Italy. The small campus is in the trendy neighborhood of Trastevere, tucked into a bend of the Tiber River, just downstream from the Vatican and across the river from all the sites tourists in Rome must see. To avoid the legendarily long Roman commutes and tangles with the frequent transit strikes, I decided to live in Trastevere and walk to work. I soon began to explore the neighborhood (not to mention the other splendors of Rome—Campo de’ Fiori, Piazza Navona, the Pantheon, the Spanish Steps, the Trevi Fountain, the Colosseum, and the Roman Forum—that are all nearby).

Walking through the neighborhood with friends and colleagues who had lived there longer than I, I learned a great deal about Trastevere: “This is the church with a reliquary containing a saint’s foot,” “This church was built on the spot where prophetic oil oozed from the ground,” “This church still houses the apothecary that served for centuries as the pharmacy to the popes,” and “This is the place where Saint Peter was believed to have been crucified, upside down.” And then there was the art: “this is Bernini’s breathtaking sculpture of a woman experiencing religious ecstasy that appears very similar to another kind of ecstasy,” “this is the sculpture of a saint, made using her incorrupt body as the model, thirteen hundred years after her death!” Each of these places and works of art seemed to come with a story. But beyond the straightforward historical explanations of their creation there were often other, usually much more intriguing, stories—about the real reason why the church was built, who commissioned the work of art, or what they actually signified. Living in Rome has taught me that things rarely are as they seem. There is always a story beneath the surface, or at least a parallel story to an accepted public explanation.

At the same time, as an outsider unfamiliar with the particular rituals and articles of faith of the Catholic Church, I found much of what I was learning and seeing firsthand to be no less fantastic than supernatural fiction.

It is impossible to live in the center of Rome without, even against one’s will or at least one’s inclination, considering how faith, in particular Roman Catholic faith, shapes the environment of the Eternal City.

During the Easter season a couple of years after I arrived in Rome, as I walked down the narrow cobblestoned street from the Ponte Sisto bridge to my apartment near the Piazza Santa Maria in Trastevere, I was struck with the idea that it might be easy to provide alternative or parallel stories to explain many of the things in my Roman neighborhood—to write a story of secrets that jibes with and yet reinterprets much of what I saw. I began to wonder, removed as I am from the faith that underpins the built environment of Rome—having grown up in East Texas and in the Southern Baptist Church, my experience with Catholicism was very limited—if there might be alternative, yet no less plausible explanations for what I saw around me. What deeper, more disturbing secrets might there be? Blood of the Lamb is the result of this initial idea.

By bringing together two separate mythological traditions (and characters representing each of those traditions, who must work together to uncover secrets of great importance to both their communities—one character a Jesuit priest and the other an art historian who is a member of a heretofore unknown group, the Noantri), I might raise interesting questions about both while introducing people to my newfound neighborhood in Rome and telling a good story.

I knew then that I had all the raw material for a thrilling story, a way to raise valid questions about faith and provide alternative stories for some of the artwork and churches in my new home neighborhood, but, having never written a thriller and not knowing that world, I didn’t want to try to tell this story alone. Enter S. J. Rozan.

When a mutual friend told me that Carlos, who was in New York for a few days, had a great idea for a book, he wanted a collaborator, and I was perfect for the job, my first reaction was to run away. And I hadn’t even heard the great idea yet.

The concept that would become Blood of the Lamb came into my life as I was doing the edits for my thirteenth novel. I was a crime writer, ensconced in that world that was unknown territory to Carlos. I’d never considered working with a collaborator, never set a novel in a place that wasn’t deeply familiar to me—I’d been to Rome, but didn’t know it on any deep level, not then—and had written a grand total of one paranormal short story. The idea of working on something that involved all three of those things did not, I admit, intrigue me.

But the idea itself did. Not because I loved it—after Carlos and I met for coffee to discuss this collaboration I was sure would never happen, I still hadn’t heard it. That was because Carlos’s agent had. She’d also heard about me. She’d forbidden him to tell me anything about the idea unless and until we had a signed nondisclosure agreement. This, I found interesting. What idea could be so good that an agent was willing to go through the hassle of getting an agreement signed, just so Carlos could tell it to me? Of course, now I had to hear it.

We got the agreement, I heard the idea—okay, I read it, e-mailed from Rome after Carlos went back—and I was wowed. Terrific, excellent, worth waiting for! But I was also immediately worried. It was a great idea, but was it workable? The world-building it required could sink it. Its content would create controversy, even outrage. Carlos and I might not get along. Seriously, did I really want to spend the next year working without a contract on a cowritten paranormal thriller set in Rome?

Practical, sober-minded writer that I am, the answer was: yes! Why? Because that single paranormal story I’d written had freed my inner comic-book-sci-fi geek, who didn’t want to go back in the bottle. It had been more fun than I’d had writing in ages—and working with Carlos, as we tried out some world-building and plot-weaving, was giving me the same kicks.

Thus we began. Because I won’t write about a place I don’t know, of course we had to meet in Rome so that Carlos could introduce me to the churches and works of art—and the cafés, hillside steps, fountains, and friends’ apartments—that would play such major parts in Blood of the Lamb. We discovered new places, unearthed more facts, and found unanswered questions whose answers we happily supplied.

The hard, slogging work and anxious nights came later, of course. They always do, whatever you write. Blood of the Lamb covers some serious ground: issues of faith, tolerance, surprise, and love. I’ve always thought that fiction—especially fiction that sweeps the reader along, page-turning fiction the reader can’t put down—is a great vehicle for talking about these big issues. Making good use of that vehicle demanded commitment—faith, really—on our part: in the story, and in each other.

I hope the world we’ve created, with its hidden communities and alternate explanations of art, architecture, and history intrigues readers, fascinates them, and resonates with them on many levels. And that readers have as much fun discovering the world of Blood of the Lamb as Carlos and I had creating it.