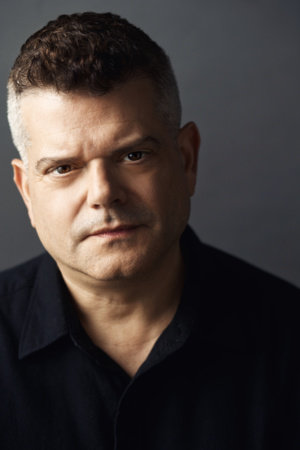 Shalom Auslander was raised in Monsey, New York. Nominated for the Koret Award for writers under thirty-five, he has published articles in Esquire, The New York Times Magazine, Tablet magazine, The New Yorker, and has had stories aired on NPR’s This American Life. Auslander is the author of the short story collection Beware of God, the memoir Foreskin’s Lament, and the novel Hope: A Tragedy. He is the creator of Showtime’s Happyish. He lives in Los Angeles.

You’ve described this book as a kind of "Marley and Me" with the Lord, only Marley in this case is a maniacal pit bull. Why are you so angry at God?

I’m not angry at God—God’s angry at me. And you, by the way, in case you didn’t know it. This is what the religious leaders of my youth told me then, and it’s what religious leaders still say now. "Maniacal pit bull" may not be their words, but it’s their concept. I’m just stuck trying to deal with it.

There has been a surge of religious fundamentalism around the world, including this country. But in response, the secular West offers either a vapid materialism or an angry atheism, as in the books of Sam Harris and Richard Dawkins. Is there another alternative? Can people really live without religion?

I hope so, because they’re doing a lot of dying with it. But life is a b—-, and being aware of your own mortality sucks, so I can understand the appeal. I’ve heard it said that religion is a vestige of our past, something we’ve grown beyond. I wonder if it isn’t the opposite—that religion is something we haven’t evolved enough to deal with—that someday we’ll be developed enough to handle a personal, individual conception of God and existence, and then churches, mosques and synagogues will be a justly embarrassing reminder of where we came from. "Daddy, what was a martyr?"

By your early thirties, you had more or less cut yourself off from your family and your former religious community. But then you had a son. Why was the decision about whether or not to circumcise him so difficult for you and your wife?

Because God’s a lunatic, and I was worried about the retribution we would suffer if I didn’t do it. On the other hand, I grew up on horrific tales of the Holocaust, and remembered the one about how some kids who looked Aryan were able to pretend they weren’t Jews until someone saw them naked and realized they were circumcised and bam, Auschwitz. Was I ruining my son’s only chance to survive the next Holocaust? Probably, yes. But if I didn’t do it, was I increasing the likelihood of God causing another Holocaust? Probably, yes. Belief is exhausting.

You make it very clear that you don’t want your son to have the kind of religious upbringing you had. But will you raise him without God, or is it a particular idea of God that you want to protect him from? Do you think he’ll reach the Promised Land, even though you may not?

The Promised Land I describe in the book is an anti-Promised Land, one without God, or at least the God I had. If my son grows up and looks around and decides that there’s a God, that’s his decision, and if it offers him comfort and solace, so be it. But I won’t condemn him to a life of fear and terror. My son is almost three now, and he has never heard a single tale of floods, furious vengeance or hell. He’s on his way, the lucky bastard.

You write very frankly about sex and pornography and how it affected your marriage. Is there still a kind of taboo there, not about clinical detail, but about approaching the subject with emotional honesty?

Yes, which is why it’s so much fun to do. As ashamed as we all are of our peepees and baginas, we’re much more ashamed of our minds and imaginations. Which is why, I think, we’re more comfortable with sex scenes and less so with scenes of everything around sex—the hidden magazines, the insecurity, the worries afterwards. Funny stuff.

Are you still afraid that God is going to kill you or someone you love? How will you prevent that?

Yes, of course. You aren’t? I can’t prevent it—this book is something of a history of my trying, though, from slavish adherence to His asinine rules to outright rebellion and back again. But there’s no winning—He’s Scarface. You can’t reason with Scarface.

Are you concerned that this book will be seen as being only for Jewish readers? Or do you think that people of all faiths share the same struggle?

I know they do—the most gratifying experiences I’ve had in publishing have been at readings where Calvinists, Christians and Catholics have come over and said, "Yes, exactly." No Muslims yet, but they’re out there. The holy books are all the same, only the nouns are different. I hope it finds a readership outside of the Jewish community. It would suck if only hunters read Hemingway, or only alcoholics read Carver. I read "Persepolis," for Christ’s sake, doesn’t that count for something? I read "Uncle Napoleon." What’s fair is fair, non-Jews. Come on.

What does eating a Slim Jim or a McDonald’s cheeseburger mean to a boy from your background?

I ate my first Slim Jim when I was nine years old. The Sages make no bones about it—one bite of non-kosher and you’re out. No haggling, no deal-making. "God hates you in this world and tortures you in the next." That’s a direct quote, kids. It wasn’t until I wrote about it for this book that I realized how much the issue had in common with homosexuality. I didn’t meet any homosexuals until I was already in my twenties and living in the East Village, but when they told me stories about growing up in the closet, hiding their desires from their families and finally coming out to them with often-disastrous results, I thought, "Yes, that’s me. But with teriyaki-flavored machine-separated meat sticks."

Why do you feel like a foreskin, and why do you think so many other people do too?

Without ruining the outcome of the book, let’s just say that as the birth of my son approached and the question of his circumcision became more immediate, I began to feel for the poor little foreskins, and realized how much I felt like one—unwanted, cut off, bloodied, tossed aside. I had lived in the East Village, then the West Village and now in Woodstock, NY; so many of the people I have met and known are foreskins in one way or another—estranged from families, communities, looking for something new, something better. An unfortunate analogy, but accurate nonetheless. Weren’t the Founding Fathers a bunch of foreskins—leaving England, looking for something new? Didn’t Washington say something about his being a foreskin? Probably not, but he should have.

Why did you once walk fourteen miles to watch the Rangers play at Madison Square Garden?

Because the game was on a Saturday. The God I was raised with had very specific rules about what I could and couldn’t do on Saturday. God was going to make them lose if I got in a cab. Duh.