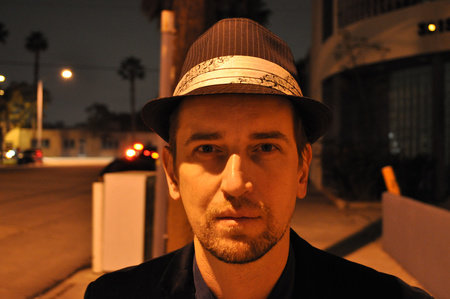 Stefan Kiesbye has an MFA in creative writing from the University of Michigan. Born on the German coast of the Baltic Sea, he moved to Berlin in the early 1980s. He studied drama and worked in radio before starting a degree in American studies, English, and comparative literature at Berlin’s Freie Universität. A scholarship brought him to Buffalo, New York, in 1996. Kiesbye now lives in Portales, New Mexico, where he teaches creative writing at Eastern New Mexico University. He is also the arts editor of Absinthe: New European Writing. His stories and poems have appeared in numerous magazines and anthologies, and his first book, Next Door Lived a Girl, won the Low Fidelity Press Novella Award and was praised by Peter Ho Davis as “utterly gripping,” by Charles Baxter as “both laconic and feverish,” and by Robert Olmstead as “maddeningly powerful.”

Your House Is on Fire, Your Children All Gone