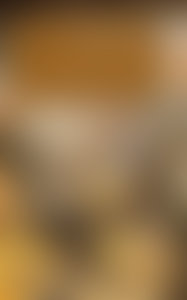 Stephen Deas is the author of the acclaimed short story “The Snow Fox.” The Adamantine Palace (Volume I of The Memory of Flames Trilogy) is his first novel. He lives in southeast England with his wife and two children.

The House of Cats and Gulls

Essay by Stephen Deas on the “Memory of Flames” trilogy

The Adamantine Palace is a little unusual for a first novel. It’s not something I’ve been hawking around trying to sell for years. It was written on commission to a (very loose, admittedly) brief outline from Victor Gollancz in the UK. It was sold on the basis of a summary and a handful of chapters and the fact that both I and my UK editor appeared to have fallen in love with the same thing. Dragons. Proper, old-fashioned, monstrous dragons. You see, I’ve been writing fantasy for years, and in all that time, I’d never touched dragons. Why? Because dragons are surely the ultimate fantasy cliché. For a time, when I was reading fantasy by the bucketload, every other story seemed to have a dragon in it. They were out-dated. Tired and worn-out. Fantasy was moving on and dragons were staying behind. Tired old flying ponies. No one was going to want yet another dragon-lord.

Apparently I was wrong.

Imagine the sense of liberation when, after years of carefully avoiding them, someone was actually asking me to write about the greatest monsters ever imagined. Coming at them as I did, there was no way they could have become half-baked things. They deserved better. They deserved to be what they used to be, once long ago. The dragons of Smaug and Fafnir and Grendel’s half-brother. That’s where these dragons come from, where their origins lie. They are old and dangerous and dark and terrible beasts. You don’t slice off their heads or stab them through the heart with your trusty broadsword. You run, or you die. Simple as that.

From there, the rest largely fell into place of its own accord. How the dragons came to be was defined by what they were. How they existed. How they were enslaved, how they yearned to be free and what that freedom would mean to the men who sought to control them. Even though The Adamantine Palace spends much more of its time with its human characters, they are defined by the dragons around them. The alchemists, ever cautious because one slip might mean death to an entire kingdom. The dragon-riders who secretly think they are more than men because of the beasts they ride. The kings and queens who wield such awesome power, and yet, is it really theirs? The delicate and necessary balance of power, the sly and subtle conflicts.

Other little things. An unexpected trip to the Natural History Museum in London, where the centrepiece of the dinosaur exhibition is a Diplodocus skeleton: That’s where the hunting dragons come from with their long tails that they use to snatch men from their saddles mid-air. Another exhibition, this time on the first emperor of China: The world of the dragon-realms owes as much to medieval China and the Middle East as it does to Europe. The politics and machinations of the kings and queens may owe a little to A Game of Thrones; the banter of the sell-swords to the wit of KJ Parker, and there are creatures and heroes yet to be revealed who might echo Conan and Elric and the sheer alien malevolence of Sauron, yet these are simple window-dressings. Behind the masks, the dragons are always there, touching every scene and hiding in every thought, and they are monstrous.

Still reading? Then go and buy the book. I don’t think you will be disappointed! And take a glance at my website (www.stephendeas.com) for news of further adventures of my characters, human and dragon alike). There you’ll find things like the map of my world (which you can see below) and the detailed gazetteer that goes with it!