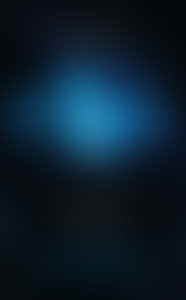 Stephen Wallenfels lives in eastern Washington State. He is the marketing and IT director at a large health club, but he also works as a freelance writer speciallizing in the health and fitness industry.

POD is the debut novel of Stephen Wallenfels. It’s the story of an alien invasion and the aftermath for two characters. Tell us how you came to write the book.

The seed of POD was a dream, which I then turned into an 8000 word short story told from the point of view of Josh, a fifteen year–old boy. My friends liked the story but wanted it to be longer, so I added another protagonist in a different setting and decided to turn it into a novel. That was a big step for me because up to that point I always considered novel writing like climbing Mt. Everest—a cool thing that crazy people did.

Are there particular books or movies that influenced you?

I’ve been a scifi fan since my father read War of the Worlds to me as a kid. In high school I read everything I could from Ray Bradbury, Isaac Asimov, Arthur C. Clark. One of my favorite books from that era was John Wyndham’s Day of the Triffids, which may explain my foray into a post–apocalypse world. I also love strong cross–over YA voices like William Golding’s Lord of the Flies and J.D. Salinger’s Catcher in the Rye, which probably inspired my choice of a YA protagonist. And in films, I have to go with Alien as one of my favorites—especially Act I and II, when the characters have no idea what they are up against. That is when the movie is most terrifying, and that is the effect I hoped to achieve in POD.

We’ve seen the alien invasion stories before, but what makes your book unique is the claustrophobic feeling that you evoke. What made you focus so closely on so few characters?

Rather than focusing on so few characters, what I really did is create an environment where everyone is isolated. We can’t see what is going on beyond our field of vision which intensifies the fear of the unknown. Then I focused on two protagonists, each in different environments—Josh in a house in a small town with his OCD father and aging dog. And Megs, alone in a parking garage attached to a hotel in LA that has been taken over by bad guys. This allowed me to write two stories: a character study and a survival / adventure. It was the best of both worlds for me since I’m a fan of both genres. Meanwhile, I kept the aliens in the background as brooding, ominous threat.

Publishers’ Weekly called the book “intense,” and, in a starred review, Kirkus said it was “masterful,” great reviews for any novel, especially a first novel. Do reviews like that encourage you on your next book or do you think, “How am I going to top that?”

I am grateful for the reviews and there is definitely a part of me that 1) can’t believe it happened to me, and 2) that I won’t be able to do it again. My wife, a librarian, reminds me that there are more stars out there to earn. And I remind myself that the only way to survive in a publishing world that is fueled by equal parts creativity, talent and luck, is to write the very best book I can, put it out there, and hope that it grows wings and flies.

I’m chest–deep in writing POD 2 and having a lot of fun along the way. My goal is to offer a new twist on the post–apocalypse theme. All I can promise is there won’t be any zombies or vampires. So here’s to climbing Mt. Everest…again!