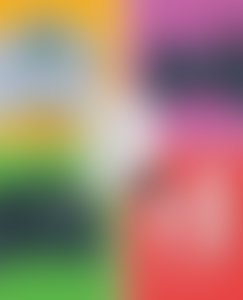 Steven L. Kent turned a lifelong joystick addiction into a fifteen-year gig writing for outlets like Microsoft News, Boys’ Life, USA Today, the Chicago Tribune, and The Japan Times. In addition to his two-volume account The Ultimate History of Video Games, Kent wrote The Making of Final Fantasy: The Spirits Within and The Making of Doom 3. Also a novelist, he authored the Clone Republic series and co-authored 100 Fathoms Below with Nicholas Kaufmann. He lives in Seattle, Washington.

Sign me up for news about Steven L. Kent and more from Penguin Random House

Has your career as a video game reviewer influenced your writing? Do you ever visualize the scenes you write as they would appear in a video game?

Exactly! You know that final battle between Mario and Bowzer in Super Mario 64…just kidding.

Yes, sadly, video games, paintball, and Laser Tag have dramatically impacted the way I write combat scenes. Video games have removed a level of separation from battle that movies could not. An entire generation of young men (and some young women) has grown up experiencing combat as depicted in games. You can’t experience the fear through games, but games probably make combat a more visceral experience than movies do.

The way the Call of Duty games portrayed the landing on Normandy probably had more impact on my writing than any other moment in any video games.

The game-based combat experience suits Harris well as he is a character who feels a bit of a disconnect from the fear and chaos of battle.

The clones in your series have a history of their own, as seen in this book in Harris’ visit to the exhibit on clones in the Smithsonian. Did the history you had already built in the series seem to demand a clone rebellion? Where did you come up with the idea of a clone army fighting for their rights against natural-born humans?

The Harris books have long demanded a rebellion of some sort.

Back when I was writing The Clone Elite, I received a message from a reader asking when the clones would finally “go Spartacus?” Actually, I got that question a lot. After the betrayal on the Mogat home world, they pretty much had to rebel.

I wanted to have the clones to rebel on New Copenhagen, but decided they had more pressing matters. That said, I did what I could to foreshadow future events by having them act out against their programming.

What challenges do you face in writing Harris, who has independent thoughts even as a clone, but who still feels the addiction to battle that he was programmed with? Is it difficult to write from the point of view of a character who isn’t quite human?

The second book in the series, Rogue Clone, had this on-going thread asking if clones could have souls. It finally climaxed in an argument between Harris and Archie Freeman, a Baptist minister, who posited that there was no “soul gene” and that souls were not duplicated along with DNA.

The argument was my attempt at rummaging an answer to a question that has bothered me since I first started writing this series. It’s all hypothetical, of course; but I don’t think of Harris as being almost human. I consider him human.

At the risk of sounding politically ridiculous, I will say one thing more. One of the points I want to make with these books is that our origins do not define us as much as the decisions we make. Harris is a wolf that has decided to live the life of a golden retriever. Granted, he may never retire to that house on the hill and he will never have children; but I like him more than I like the officers who do get ahead in my books.

The Wayson Harris series began with The Clone Republic, published in 2006. How do you think your writing habits or styles have evolved since then?

When I wrote the first three Harris books, I generally gave copies of my first draft to a few friends and asked for suggestions. I worked some of their ideas into my next draft, gave it to a proofreader to clean out the typos, and that was what I submitted to Ace.

Beginning with The Clone Betrayal, that system changed dramatically. My first draft came out so weak that one of my friends could not even finish it. My second draft was such an improvement that I jumped right into a third. By the fourth draft, I had added new details and conflicts. The eyeliner-wearing sailors, for instance, did not appear until the fourth draft.

I was halfway through the sixth draft when the lovely and talented Anne, my editor at Ace, pointed out that I was three months late with my manuscript. I apologized and accidentally submitted my third draft. When she sent it back for revisions, I realized I had sent her the wrong draft and had to make one of the most embarrassing phone calls of my life. On the other hand, she got more and better revisions than she expected.

In your author’s note to the book, you take some time to respond to reviews and questions about your books from readers and contributors on your own blog. How does having an ongoing dialog with readers and bloggers help you shape your work?

In his book, On Writing, Stephen King talks about writing novels as if they are a letter from you to your “ideal reader.”

The people posting on Sad Sam’s are my ideal readers. Getting to know them has been very helpful for shaping ideas. When I write, I try to imagine how they will respond to this twist or that joke. I also appreciate their encouragement.

Because it is such a small website, I am able to respond to the people who post and we have gotten to know each other pretty well.

Who are the authors and/or which are the books that have inspired you most in your own writing? What’s next on your to-be-read list?

As a writer, the book that has made the biggest difference for me is On Writing, by Stephen King. I don’t think we would be having this conversation if it were not for that book.

I am currently reading

My top ten novels, in no particular order are:

Unified Authority and the universe you’ve built for these novels begin with a decline in the U.S. economy in the early 21st century. What other modern trends have you drawn from to construct the future world you write about? What developments in the novels do you think are most plausible in our own world?

I wanted the Unified Authority to feel like our society, only with the added component of space travel. If somebody suddenly opened the door to colonizing the galaxy, the vast majority of our technological advances would involve colonization. We would care more about having a galactic army than designing ‘the kitchen of the future’ and cars that drove in the air.

When we feel threatened, we treat the men and women who serve our nation like heroes. During we feel safe, we gripe about the money “being wasted” on national defense.

Will you be exploring more storylines in this universe?

Yes. As long as people want them, I will keep writing them.

Your website says that what you’ve learned through experiences such as growing up torch fishing and skin diving in Hawaii and working as a missionary in Idaho have shown up in your writing. Are there any real-life experiences that made their way into The Clone Betrayal that you’d like to share?

I was a “graphic artist” at Sprouse Reitz, one of the last five-and-dime chains during its last years. I watched the political infighting that occurred when new leadership was brought in to save the sinking ship. I based some of the infighting in Betrayal on that experience.

The spacewalk scenes always draw on the experience of night diving. The ocean is very different in the dark.

The scene in which Harris is trapped in the dead ship with battleships patrolling the area is based on a lifelong phobia about sharks.

I know, this sounds boring; but from mundane events spring the grandest dreams.

Can you give us some hints about what’s next for Wayson Harris?

I am one year upstream from you chronologically. I submitted The Clone Betrayal last October. The Clone Empire is my current project—I am just finishing up my third draft.

Harris begins his next adventure stranded on Terraneau, hated by all who know him, and wondering if he has lost his combat reflex forever. His fleet is gone, he has very few Marines, and the locals want him off their planet. Ellery Doctorow emerges as an important man on Terraneau. He is a leader driven by utopian ideals that leave no room for outside influences.

And things get worse when Harris finally does make it off the planet. In The Clone Empire, the war between the Enlisted Man’s Empire and the Unified Authority has gone cold, and somebody is assassinating the Empire’s highest-ranking officers. Harris is definitely a prime target.

I would never call any of the Harris books “hard science fiction,” but I will say that there is more science to be found in The Clone Empire than in previous books.