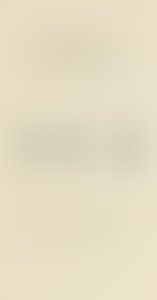 Nick Price was born in South Africa, moved to Rhodesia (now Zimbabwe) at an early age, served in the wartime air force, and won the World Junior title in California at age 17. Since then he’s won 30 tournaments worldwide, 3 majors. He has enjoyed an astounding run that matched records set by Nicklaus, Palmer, Trevino, Watson, and Gary Player. As Feinstein wrote in A Good Walk Spoiled, "Price was playing a different game than the rest of them." Beyond that, according to Feinstein: "No one in golf is like Nick Price. If you took a poll among everyone connected with the tour — players, sponsors, reporters, staffers — and asked who is the nicest man playing the game right now, the vote would be almost unanimous. If a fan didn’t vote for Price, it would be because they didn’t know him or they picked him second just to be different." He lives in Florida with his wife and children, and spends two months a year at home in Zimbabwe.