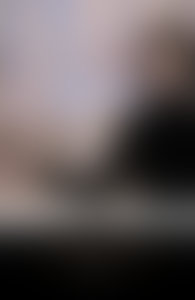 Theodor Fontane was born in Neuruppin in 1819, the son of a Gascon Huguenot father and a Cevennoise mother, and was brought up on the Baltic Sea coast of Prussia. He did not write his first novel until the age of fifty-six and consequently was able to bring to his fiction a lifetime’s experience from many spheres. He was a pharmaceutical dispenser, a war correspondent in the Austrian Campaign of 1866 and in the Franco-Prussian War of 1870–71, and secretary to the Prussian Royal Academy of Arts. Fontane was the author of two war books, four volumes of travels in Mark Brandenburg, a slim volume of ballads and another of impressions. Vor dem Sturm (1878) is held to be a masterpiece in the genre of the historical novel. A theme of ‘the woman’s predicament’ runs through his novels L’Adultera (1882), Cecile (1886), Wirrungen (1888), Frau Jenny Treibel (1893) and Effi Briest (1895). Poggenpuhls was published in 1896. He died in 1898.