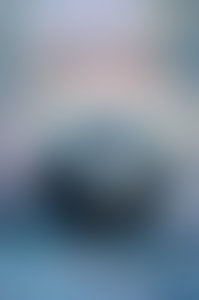 Todd Lockwood‘s art has appeared on New York Times bestselling novels, industry magazines, and fantasy/science fiction games, such as Dungeons and Dragons and Magic: The Gathering. He has won more than 15 Chesley Awards, including the Lifetime Achievement Award, and two World Fantasy Art Show Awards. He currently lives in Washington with his wife and three children. The Summer Dragon is his debut novel. He can be found at toddlockwood.com.

PENGUIN RANDOM HOUSE: The Summer Dragon is your debut book, available in fine bookstores now! What is it about? Dragons, obviously!

TODD LOCKWOOD: It’s a coming-of-age tale that’s equal parts action, politics, religion, dragons, intrigue, action, dragons, mystery, and dragons. Maia is the young daughter of a family that breeds dragons as mounts for the empire’s war machine. When political factions descend on her family’s aerie with agendas in conflict, she is propelled into an adventure that pits her against the Horrors, thralls of the enemy, and against her own fears. Her understanding of her world and of herself are challenged.

PRH: Maia is a great character, a girl who transforms into a young woman by book’s end. How did you go about creating her?

TL: When I first started this project, many years ago, I intended it to be a book of just art, with enough story to tie the illustrations together with captions. As such, I figured that if I was going to paint the same protagonist over and over again, I’d prefer that it be a young woman. The working title then was “The Dragon War,” because I knew it would involve armies of dragons in conflict. Little did I know that my long-slumbering writer’s muse would be awakened—and hungry! I realized that I had more to say than pictures alone could tell, so I set about learning the craft of writing. I mentored under and workshopped with the likes of Nancy Kress, Leslie Howle, Connie Willis, and others. Early on I decided that I ought to begin with an actual beginning, which meant the bonding of my rider with her qit (her baby dragon), and that the coolest place to do that would be in an aerie, where the dragons are bred.

PRH: There have been a lot of different dragons over the years–from non-intelligent feral beasts to highly intelligent god-like creatures. Describe your dragons and why you chose to write them the way you did?

TL: The dragons in The Summer Dragon are super-intelligent animals, not the standard fantasy monsters, though there are the poorly-understood High Dragons as well; mythic and mysterious. The sighting of one of these, the Summer Dragon, propels the action.

PRH: What made you want to put down the paint brush for a keyboard? Did writing the book inspire you in your art work?

TL: When I was in art school I worked on a novel, called Ring of Moons. This was before computers or affordable word-processors, so I wrote it out longhan. Eventually the task of transcribing it became daunting—it’s not so much that I set the paintbrush aside to pick up a keyboard, but that I set the pen aside to concentrate on the brush.

I learned to draw by telling myself stories, in comic-book form. I grew up drawing and writing, writing and drawing. Perhaps because art is easier to share than writing, I was pushed toward art. It paid the bills first, and so it took precedence. I kept the story-telling muse caged, but threw her tidbits by engaging in D&D for twenty years. I loved DMing because it was a form of story-telling too. My favorite art tends to be narrative in nature; my favorite artists imbue their work with strong narrative content. My own artwork does too. Eventually, that muse was going to escape again.

I hope to do more artwork from The Summer Dragon and its sequels. There could still be an art book of this dragon war, but first there will be the trilogy.

PRH: What are you working on right now? Artwork as well as writing!

TL: I have multiple Magic: the Gathering cards in process, at least four covers to do, AND the sequel to The Summer Dragon to write. I’d still like to do a Kickstarter for another Art Collection—it’s been fourteen years since Transitions released, so there’s plenty of material that want assembling, including all the new covers I did for R.A. Salvatore’s Drizzt series. There’s a lot on my plate even without a novel to write!

The Summer Dragon by Todd Lockwood is in fine bookstores now! Need a dragon fix?