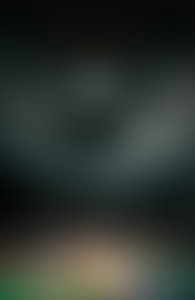 YOUSEF AL-MOHAIMEED was born in Riyadh in 1964. He has published several novels and short story collections in Arabic and has had stories published in Lebanon, Egypt, France, Germany, Spain, and Russia. He studied English and photography at Norwich University in England and was recently presented with an award by Diwan al Arab magazine and the Egyptian Journalists Union in recognition of his creative contribution to Arab culture. He lives in Riyadh.

Many Americans are unfamiliar with literature from Saudi Arabia. What can you tell us about writing and literature in your country?

I think that literature in Saudi Arabia has matured over the last ten years, in many genres—in poetry, the short story, and the novel. At the same time, however, the novel continues to face two major problems, for it is expected to perform many roles beyond the creative. By this I mean that the Saudi novelist is expected to be at once a sociologist, a psychologist, and an anthropologist. The second problem is that many Saudi novelists are writing with the aim only of exciting the reader, without striving to produce a piece of writing that is also a work of art.

Did you have formal training as a writer? Are there writers, particularly from the Middle East but elsewhere too, that strongly influence you?

No, I haven’t had formal training as a writer, because we don’t have these kinds of programs like you do in the western world. But I have had the opportunity to learn from such great teachers as Charles Dickens, William Faulkner, Balzac, and Dostoevsky. They taught me the rules of writing when I was a child. After that I continued with contemporary writers like Gabriel García Márquez, Milan Kundera, Jose Saramago, etc. I think this is brilliant training.

The novel is heavily symbolic and does not on the surface involve any scandalous or overtly political content. Why then was it banned in your home country?

It was banned in my home country because we have a strong and severe censorship regime. The Ministry of Culture in Saudi Arabia requires that every manuscript be read before it is published. The censor is likely to stamp every page, and if he suspects any words or phrases of being taboo, he cuts them immediately. He may cut words, phrases, lines, paragraphs, or even whole chapters because he suspects that they are taboo. It differs from one censor to another. Personally I am against the deletion of sentences or phrases from my manuscripts. For this reason I was forced to publish in Beirut.

What were the consequences of the ban for you and your work? Has your approach to writing been changed?

No, as I said I published in Beirut, because I can’t change my ideas, but I am optimistic about the future. Together with other members of the new generation of writers in Saudi Arabia, I am trying to expand the freedom of writing. I am hoping to persuade the Ministry of Culture to annul censorship of manuscripts, and to leave the publisher to decide what he wants to publish. If this happen in our country, a huge publishing industry will develop, maybe the biggest in the Middle East.

How did you come up with the idea of writing about a man waiting in a bus station? Do you think of Turad as a typical protagonist?

The idea came from a man who lost his ear, and who hid it to prevent people from seeing his shame. According to the customs of the desert, if you commit a shameful act, then a part of your face, such as your nose or your ear, gets cut off. This punishment forces you to leave your tribe and your home in the desert. Then I wrote the man’s life as a flashback.

What can you tell us about the tribal life that Turad left behind? Is it common now for people from the desert to move into the city, for work or other reasons?

Yes, people do move from the desert, but far less than, say, in the 1950s and 1960s. Many people move to cities to study or work, but a lot of them find it difficult to adapt to city life. They tend to look for others like themselves, and they gather and settle in certain parts of the city. This leads to a new kind of tribal racial discrimination.

All of your characters are mired in tragedy, yet the novel manages to express hope as well. Why do you choose such dramatic back-stories for your characters? And what do you intend by placing them in such reduced circumstances?

These characters are from a lower social class. The main problem is that unfortunately many westerners, even some Arabs, think there is no poverty or unemployment in Saudi Arabia, the country with the biggest reserves of petroleum in the world. The truth is we have a high percentage of unemployed and many problems in higher education. I am less concerned about the lives of the upper classes in my society than I am with people who live in difficult circumstances.

How did you go about choosing the structure for this novel? The writing shifts in and out of different points of view, sometimes within the same page and story, much like one would find in the oral tradition. Were you purposefully trying to invoke that type of storytelling?

This is a good question. I structured the novel so that different parts of the backstory would become clear to the reader only gradually. And I wanted to give each of the three main characters a different voice. For example, Turad the Bedouin has a way of speaking that is different from that of Tawfiq the Sudanese slave. In addition, Nasir’s dairy is written in a different voice. The different ways that each of them uses language create distinct types of storytelling.

The city in the novel is like a character, imbued with a kind of romance. Can you describe your own Riyadh for the reader? What do you like most and least about it?

I think a city like Riyadh needs a whole novel about it. It is a crazy city, and very different from Cairo or Beirut. For example, you cannot easily walk around in Riyadh. If you want to get from place to place, you should use your own car, as there is not good public transportation. I feel this creates a sense of isolation in the city. If you are a man, you cannot sit down with a woman in public place, like a coffee shop, so you see only men in coffee shops. It is very much a man’s city. In spite of this, I love it, and missed it when I was abroad. I was born in Riyadh and spent my youth in its streets.

There is an implicit multiculturalism in the novel, as minor characters from India, Bangladesh, Turkey, and elsewhere appear throughout. How is it affecting Riyadh, and Saudi Arabia in general, to have so much immigration? How do these different cultures affect your own?

The main problem is that most of the foreigners in Riyadh come alone, without their families. So the effect is limited. I think if there were more women and children here from abroad, the effect would be greater. Many of the workers come to Riyadh to earn money as quickly as possible, and then go back to their countries.

This is your first novel available in the United States. What does that mean for you as a writer, and would you like to see the rest of your work translated?

I am very happy for that, but the most important thing is that my novel is published by Penguin. I cannot imagine my name alongside those of the great writers, such as Beckett, Joyce, Dickens, Chekhov, Dostoyevsky, Balzac, Zola, Coetzee, Paul Auster, and Nuruddin Farah. Of course I hope to see the rest of my work translated and published by my wonderful publisher.

What are you working on now? Will we see these characters, or others like them, again in your fiction?

I started to write a new novel last year. The characters are different, but they’re also living in a strictly religious society, and they’re dealing with the effects of terrorism. Most Arab writers try to write about terrorism as westerners understand it; they view the people living among them through western eyes. It is very difficult to see and talk about the tree without enough knowledge of the seed. I try to understand the religious strictness in Saudi Arabia from the inside. I hope to finish the novel in the middle of next year, and hope to see my second novel, The Bottle, which is already translated, published in English.