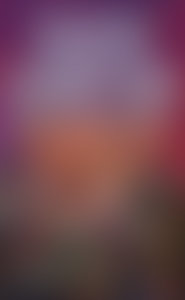 Robert J. Randisi is the author of the Miles Jacoby, Nick Delvecchio, and Joe Keough mystery series. He has been nominated four times for the Shamus Award from the Private Eye Writers of America. In 1993 he was the recipient of a Lifetime Achievement Award from the Southwest Mystery/Suspense Convention. He is the editor of more than 25 print and audio anthologies, including the Deadly Allies, Lethal Ladies, For Crime Out Loud and First Cases series. His most recent anthologies are The Shamus Game (NAL, 2000) and Mystery Street (NAL, 2001), both PWA anthologies.

His most recent book, Blood on the Arch (St. Martin’s Press, 2000), a “Joe Keough” novel, will be published in paperback from Leisure Books this fall. The year 2001 will see the publication of the novel The Masks of Auntie Laveau, co-authored with Christine Matthews, as well as Delvecchio’s Brooklyn, a collection of his “Nick Delvecchio” short stories. He is the Founder and Permanent Executive Director of the Private Eye Writers of America, the creator of the Shamus Award, the co-founder of Mystery Scene magazine and The American Crime Writer’s League, and the former mystery reviewer for The Orlando Sentinel.

Sign me up for news about Robert J. Randisi and more from Penguin Random House

Ralph Compton the Wrong Side of the Law