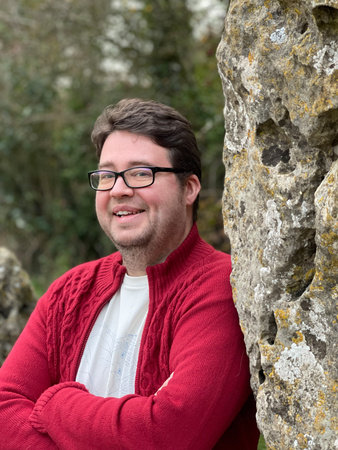 George Mann is a Sunday Times bestselling novelist, comics writer, and screenwriter. He’s the creator of the Wychwood supernatural mystery series as well as the popular Newbury & Hobbes and Tales of The Ghost series. He’s written comics, novels and audio dramas for properties such as Star Wars, Doctor Who, Sherlock Holmes, Judge Dredd, Teenage Mutant Ninja Turtles and Dark Souls, and was recently part of the writer’s room on several adult animated television shows. George lives near Grantham, England, with his wife, children, and two noisy dogs. He loves mythology and folklore, Kate Bush, and chocolate. He is constantly surrounded by tottering piles of comics and books.

Star Wars: The Battle of Jedha (The High Republic)

Doctor Who: Engines of War

Doctor Who: The Lost Dimension Book 2

Doctor Who: The Lost Dimension Book 1