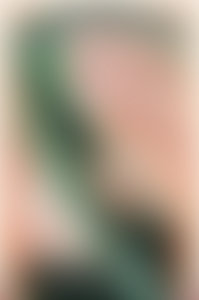 Kiersten White is the New York Times bestselling author of the Camelot Rising, And I Darken, and Paranormalcy series and many more novels. She lives with her family near the ocean in San Diego, which, in spite of its perfection, spurs her to dream of faraway places and even further-away times. Look for The Excalibur Curse, the gripping conclusion to the acclaimed Arthurian fantasy trilogy, out December 7, 2021.

From a Certain Point of View: The Empire Strikes Back (Star Wars)

Elizabeth’s life before being brought to the Frankenstein family home was a life anyone would seek to escape: abused by her caretaker, with no allies among the children she was raised with. When Judge Frankenstein and his wife came seeking a companion for their eldest son, Victor, Elizabeth did everything she could to make them take her with them – and it worked.

But as Elizabeth and Victor grow older, the price Elizabeth paid to escape her caretaker becomes more and more clear. Victor descends into violent outbursts and an obsession with what keeps things alive. Her safety and survival depends on managing Victor’s outbursts – and keeping others from learning just what Victor does in his studies and experiments.

To Victor, Elizabeth is a beautiful, perfect angel – and under that lovely mask hides a girl willing to do anything to protect herself.

The Dark Descent of Elizabeth Frankenstein is a retelling of Mary Shelley’s Frankenstein that focuses on the women of the story. We sat down with author Kiersten White to talk about the book.

PENGUIN RANDOM HOUSE: This year marks the two hundredth anniversary of the publication of Mary Shelley’s Frankenstein; or, The Modern Prometheus. What made you decide to tackle this classic sci-fi novel from a new perspective?

Kiersten White: The nudge actually came from my editor, Wendy Loggia, and Beverly Horowitz, the publisher of Delacorte. They emailed to see if I was interested in a retelling, and I had a pitch and an outline for them within hours. (I was interested, ha!) Frankenstein has always been one of my favorite classics, but, like most stories, I read it wondering where the women were, and, specifically with Elizabeth Lavenza, who she was. The questions Shelley explored—especially what makes a monster—are still applicable today. I just shifted to look at who makes a monster.

PRH: The Elizabeth Lavenza of The Dark Descent of Elizabeth Frankenstein is quite different from the one Shelley created in Frankenstein, described by Victor in the novel as a beautiful and completely devoted angel. How did your Elizabeth—who even describes herself as conniving and manipulative—take form from these origins?

KW: I grew up in a very specific community. Women were expected to be a certain way, and deviating from that brought repercussions both small and large. I learned from a young age how to be exactly what the adults around me expected and wanted me to be. I earned praise, avoided punishment, and walked through life behind a shield of performance. I was good at being what they wanted me to be—but that came with a tremendous amount of cognitive dissonance. In the original novel, Elizabeth is presented to Victor as a gift when she’s only four years old. For all intents and purposes, he views her as a possession. I couldn’t help but wonder what kind of person that pressure would turn a girl into—knowing she exists for someone else, safe only because she has earned love. It wasn’t hard to imagine a complex and not at all angelic internal life for that girl.

PRH: The Dark Descent of Elizabeth Frankenstein touches upon many issues of the early 1800s that aren’t addressed in Shelley’s novel, most remarkably the inequalities between genders and social classes. Why did you choose to address these inequalities in the book?

KW: I think Shelley does, in a way, address them. The women in the novel all die because Victor can’t—or won’t—protect them. And that was very true to Mary Shelley’s life experience, as well. In spite of her beliefs about women’s rights and her refusal to conform to societal norms, she was still absolutely dependent on the men in her life. Percy Shelley, a married man, got her pregnant at sixteen. Her father kicked her out; she had no recourse, and no way to earn a living without Percy’s support. It was only as a widow with access to Percy’s inheritance that she was able to have some independence. These were simply the realities of Mary’s life. I brought them to the forefront of the novel to make it clear how desperate Elizabeth’s situation was.

PRH: Elizabeth and Victor’s relationship is an almost terrifyingly codependent one, made more intense by Elizabeth’s fear of what might happen to her should Victor no longer “need” her. During this era, what might Elizabeth’s options have been if her fear of being kicked out of the Frankenstein family home came to be?

KW: She had no family and she had been educated as a member of the wealthy classes. She had no practical skills. She might have been able to find work as a governess, but without connections or recommendations, that would have been difficult. And, frankly, she didn’t want that life. She had started life in starving, cold, mean circumstances. She would do whatever it took to avoid going back to that.

PRH: Thanks for taking time to chat with us about the book! What can readers look forward to seeing from you in the future?

KW: Thanks for reading! My novel Slayer, the first in a new Buffy the Vampire Slayer spinoff series, comes out in January.