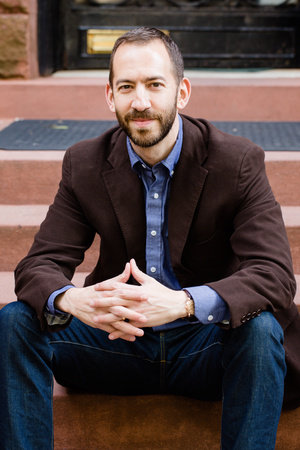 Jonathan Tepperman is the managing editor of Foreign Affairs. After growing up in Canada, he studied English at Yale and law at Oxford and NYU. He is a frequent contributor to The New York Times, The Wall Street Journal, The Washington Post, and The Atlantic. He lives in Brooklyn with his family.

“I hear the human race is fallin’ on its face and hasn’t very far to go,” wrote Rodgers and Hammerstein in their 1949 Broadway musical “South Pacific.”

According to an August poll by Gallup, public sentiment hasn’t changed much since then, at least in America, where seventy-two percent of respondents said they are “dissatisfied with the way things are going.”

Perhaps that’s why it took a Canadian, New York-based journalist Jonathan Tepperman, to remind us that optimism might not be so cockeyed after all.

In his timely new book The Fix, Tepperman explores some of the world’s most intractable problems — from inequality, corruption, and political gridlock to the resource curse, Islamic extremism, and civil war — and finds solutions in unlikely places.

But do those solutions apply here in the U.S.? With the U.S. presidential election less than two months away, Tepperman spoke to Penguin Random House about what places like Brazil and Canada can teach the U.S., what American politicians can take away from the actions of leaders around the globe, and why he still has that thing called hope.

PENGUIN RANDOM HOUSE:In your chapter on inequality, you discuss Brazil’s remarkably effective program Bolsa Familia, which includes small, direct cash payments to the poor. Can that success be replicated in the U.S., where the cost of living is much higher?

JONATHAN TEPPERMAN: The numbers would have to be greater here than they would there. But the underlying logic would remain the same, which is that studies show that these kind of assisting programs which provide the poor with money directly do really, really well in every part of the world — because it turns out that the people who best know what the poor actually need are the poor themselves.

It won’t be as cheap, but it could be as cheap compared to other kinds of assistance programs here, because everything’s in scale. So its cheapness relative to other programs in Brazil should proportionally be similar here, even though we’d be talking about much larger dollar figures.

PRH:Immigration is among the most polarizing issues in this presidential election cycle. One way former Canadian prime minister Pierre Trudeau addressed anti-immigrant sentiment was by admitting immigrants partly based on their “desire and effort to contribute to Canada.” Could we apply that strategy here?

And yet we still have this public perception which is radically different and that sees immigrants as leeches and threats to our security, and part of that problem is caused by the fact that such a large proportion of the immigrant community is here illegally — although everything I’ve just said about the behavior of immigrants tends to hold for undocumented immigrants. So merely using the half of Trudeau’s strategy that emphasized selecting immigrants based on their economic potential so they could make material contributions to society, that might not work here because simply producing more positive facts when we have lots of positive facts might not change people’s minds.

But the brilliance of Trudeau’s strategy was that he didn’t just rely on facts to change people’s minds. That was half of the equation. But the other half of the equation was, he used politics and education. So with the country’s policy of official multiculturalism, which Trudeau created in 1971, he ensured that the government started working very hard to integrate and to be seen to be integrating immigrants into Canadian society. But he also started working really hard on selling the message that diversity and pluralism and immigration are good for Canada and make the country more Canadian and not less.

So the lesson of that for here — and this is one of the lessons that can be drawn from a lot of different chapters in the book — is that good policies are never enough. They have to be matched with good politics. And the best leaders in my book weren’t just savvy technocrats, they were also very savvy politicians. They knew how to construct a really good policy, but then they knew how to sell it and how to get people to accept it. And that’s a lesson that we would do well to learn from here in the United States.

PRH:In your chapter on how Mexico overcame political gridlock, you wrote, “The Republican-Democratic split in the U.S. is no more venomous than the one that divided Mexico’s parties before they finally came to the table.” Forgive the cynicism, but is that really true?

JT: I really think that it’s no worse than theirs was, I do. The level of infighting, the level of paralysis that had cropped up in Mexico’s congress was just as bad as what we have here.

What really made the difference in Mexico was that the crisis was even greater than our crisis here. The country was in such bad condition. You had 50,000 deaths in the war on drugs under [Felipe Calderón’s] administration. You had the Pentagon warning in 2008 that Mexico risked becoming a failed state. You had oligarchic billionaires effectively owning singlehandedly an entire swath of the country’s economy. You had a massive problem with corruption that was leaching away several percent of Mexican GDP every year. You had a completely stagnant economy. So all of that finally convinced Mexico’s politicians — that plus the fact that Mexican voters were starting to punish them for their lack of action on any of these problems — that there was something more important than their partisan bickering, that if they didn’t come together, they as politicians and as a country might not survive.

As sort of shocking as it may sound, or as disheartening as it may sound, the problem here may be that the problems aren’t bad enough. As counterintuitive as that may sound, things here are really, really bad, but they are nowhere near as dire as they were in Mexico in 2012 in the sense that the country is not on the verge of war with drug gangs, or on the verge of collapse. And I would hate to say that things aren’t going to get any better until they get as bad here as they were in Mexico, because I don’t think they have to. But they might, they might.

The only silver lining is that at a certain point, what Mexico and some of the other chapters in my book show, a disastrous crisis can have a really salutary effect by concentrating the minds of the country’s leaders and showing them that if they don’t finally take concerted action on the country’s problems, none of them are going to be around for much longer.

PRH:You conclude by saying that we’re reaching a point where if our leaders don’t act, things will get worse and worse. That’s a rather bleak ending to an otherwise optimistic book. Are you hopeful?

JT: I am hopeful, because what my book taught me more than anything else is that there is no such thing as problems that don’t have solutions. My book is full of stories of countries that were on the brink of disaster and managed to not just pull themselves back, but then to go on and prosper wildly, because they had leaders and governments that had the strength and the wisdom to make really difficult decisions. What I argue in the book is that there’s no coincidence that many of those solutions were found precisely at the moment of crisis, precisely when things seemed like they couldn’t get any worse. So I draw great comfort from that on two levels: one, it tells me that many of these problems we’re currently struggling with have solutions; and two, it tells me that just when things seem darkest, that’s often precisely when countries turn back into the light.