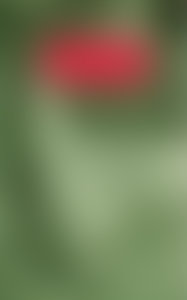 John Ruskin was born in London in 1819, of Scottish descent. His father was a succesful wine-merchant and art lover; his mother a strict Evangelical whose religious instruction affected him deeply. He entered Christ Church, Oxford, in 1836 and graduated in 1842. In 1843, the first of the five volumes of Modern Painters was published, a work written in defense of J. M. W. Turner. The other volumes survey the main traditions of European painting from Giotto to the nineteenth century. Ruskin was also passionately interested in Gothic architecture and published two books on the subject before the completion of Modern Painters: The Seven Lamps of Architecture (1849) and the three volumes of The Stones of Venice in 1851 and 1853. In 1869 he became the first Slade Professor of Fine Art at Oxford and in 1871 began writing Fors Clavigera, a series of open letters which draw connections between diverse subjects. He also took part in many practical projects, many of which he directed by way of his Utopian pressure-group, the Guild of St. George. When Rose la Touche died in 1875, however, he began to show signs of mental disturbance and suffered the first of seven mental breakdowns in 1878. In 1885 he began publishing his autobiography, Praeterita. This moving and lyrical book was brought to a premature conclusion by his last and most violent breakdown in 1889. He lived on, withdrawn and inactive, until 1900.

Unto This Last and Other Writings