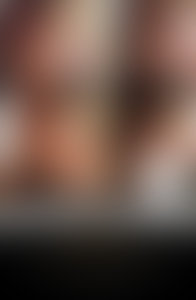 Heinrich Boll was the first German to win the Nobel Prize for literature since Thomas Mann in 1929. Born in Cologne, in 1917, Boll was reared in a liberal Catholic, pacifist family. Drafted into the Wehrmacht, he served on the Russian and French fronts and was wounded four times before he found himself in an American prison camp. After the war he enrolled at the University of Cologne, but dropped out to write about his shattering experiences as a soldier. His first novel, The Train Was on Time, was published in 1949, and he went on to become one of the most prolific and important of postwar German writers. His best-known novels include Billiards at Half-Past Nine (1959), The Clown (1963), Group Portrait with Lady (1971), The Lost Honor of Katharina Blum (1974), and The Safety Net (1979). In 1981 he published a memoir, What’s to Become of the Boy? or; Something to Do with Books. Boll served for several years as the president of International P.E.N. and was a leading de fender of the intellectual freedom of writers throughout the world. He died in June 1985.

The Collected Stories of Heinrich Boll

What’s to Become of the Boy?

The Train Was On Time