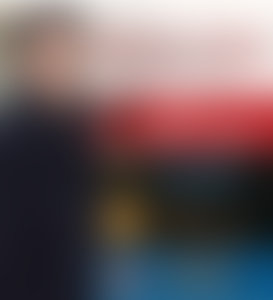 Daniel Silva is the #1 New York Times bestselling author of The Unlikely Spy, The Mark of the Assassin, The Marching Season, and the Gabriel Allon series, including The Kill Artist, The English Assassin, The Confessor, A Death in Vienna, Prince of Fire, The Messenger, The Secret Servant, Moscow Rules, The Defector, The Rembrandt Affair, Portrait of a Spy, The Fallen Angel, The English Girl, The Heist, The English Spy, The Black Widow, House of Spies, and The Other Woman. His books are published in more than thirty countries and are bestsellers around the world.

Q. You described your previous three books as “an accidental trilogy dealing with the unfinished business of the Holocaust.” Could Prince of Fire be the beginning of another “accidental” series?

When it comes to something as unpredictable as writing novels, it’s generally a mistake to make predictions, but, no, I don’t see this as the beginning of a new cycle of novels. Indeed, quite the opposite is true. This novel is something of a conclusion to the series. When I introduced the Gabriel Allon character in The Kill Artist, he was cast in the unlikely role of safeguarding the life of Yasir Arafat, who was then engaged in the Oslo peace process. Of course, everything changed shortly after that novel was published. Yasir Arafat rejected the peace deal he was offered at Camp David and then launched the second Intifada. In a way, I felt obligated to write this novel. The Kill Artist was written in a time of hope, Prince of Fire in a time of despair and terror, and I think that’s reflected in the tone of some of the book’s more memorable passages.

Q. Prince of Fire offers a virtual history lesson on the Arab-Israeli conflict during the entire twentieth century. How did you develop an interest in this part of the world?

I’ve always been captivated by the history of Zionism and the conflict between Arabs and Jews in Palestine—the notion that history and Providence has thrown these two remarkable peoples together in this tiny slice of land and bound them in bloodshed. As a writer of fiction, there is a deep well from which to draw: fascinating characters, a compelling and violent history, and a starkly beautiful physical landscape. And, of course, it is a conflict that affects us all. I tried very hard to do justice to both sides and to capture, in microcosm, the pain felt by both Arabs and Jews. At its core, the book is a thriller, not a history lesson, but I was careful to include enough history so that situation can be understood and placed in context. It’s amazing how little many people really know about the history of the conflict.

Q. In Prince of Fire the action moves across continents, from Rome, Venice, and Cairo, to London, Paris and Jerusalem. Whether the setting is verdant Celtic ruins in Provence or the tan hills of Galilee, each location is vividly rendered. What kind of research did you do to capture each one so precisely?

There’s really no substitute for going to a place and seeing it with your own eyes—looking at a landscape and imagining your characters moving across it. The research for this book took me from Israel to Paris to the south of France. A significant portion is set in Marseilles. It had been some time since I’d been there. In fact, the last time was before the attacks of September 11. It was interesting to look at a place like Marseilles and imagine it as a hub of terrorist activity. In all honesty, it wasn’t too difficult.

Q. In the thriller’s opening scenes, a massive terrorist bombing sparks an international manhunt for an elusive Arab terrorist. Was this an unconscious or a deliberate response to the September 11th attacks in the U.S.?

For a long time after the attacks of September 11, I felt reluctant to touch the subject of terrorism. For me, like most Americans, the attacks were a watershed event, a tear in the fabric of human history. I still don’t think I’ll ever write a book about a terrorist plot against America, but I finally felt capable of writing about terrorism in the Israeli context.

Q. The terrorist mastermind in your book is a man named Khaled al-Khalifa. He is the son of the leader of Black September, the notorious Palestinian terror group of the 1970s that carried out the Munich Olympics massacre. Why did you choose to resurrect Black September for this novel?

As I say in the author’s note of the novel, the story of Prince of Fire was really inspired by a photograph taken at the funeral of Ali Hassan Salemeh, the operations chief of Black September. The photograph shows Salemeh’s young son seated on the lap of a grieving Yasir Arafat. It made me think: What if the boy had been hidden away by Arafat and trained to carry on the tradition of his father? As for my interest in Black September, it began with the Munich Olympics massacre. Like millions of other people around the world, I watched the drama unfold from beginning to end, and the murder of the hostages hit me very hard. Although we didn’t realize it then, the Munich Massacre was in many ways the beginning of the modern terrorist age. I believe Black September and the Palestinians must share some of the blame for the events of September 11. Remember, it was Black September that first demonstrated the utility of carrying out spectacular acts of terrorism on the international stage. I’m quite confident that the planners of Al Qaeda have studied their exploits carefully.

Q. Your protagonist, Gabriel Allon, is a gifted art restorer when he’s not involved in international espionage. The meticulous description of his work suggests that you also have a great appreciation for the Grand Masters. Is painting or art history a passion of yours?

It is, and I’ve been able to indulge that passion with this series. I’m also fortunate enough to have wonderful and generous friends who know much more about art than I do.

Q. Fidelity and loyalty are prominent themes in your hero’s relationships with his estranged wife, his lover, and his boss in the Israeli Secret Service, as well as in his adversaries’ relationships. Do these issues have special significance for you?

Something happened inside Israel when the Palestinian terrorists started setting off bombs on buses, in cafés and even during a Passover Seder. Israelis set aside their differences and demanded an end to the violence. A certain tribalism took hold, in my opinion, and Gabriel Allon was not immune to that. His name is significant. The archangel Gabriel is the defender of Israel, the angel of vengeance, and the prince of fire. In a time of terror and bloodshed, Gabriel has no choice but to pick up his gun once again in service of his country and his people. He does so with a certain reluctance, because he fears he is a soldier in a war without end, but he does so all the same, out of loyalty and fidelity.

Q. Your characters offer strong opinions on hot-button issues such as Israel’s Separation Fence. Do you find yourself taking sides as you write?

At the risk of sounding as though I’m dodging the question, I have sympathy for both parties to the conflict. I believe that Jews have a right to a homeland. I also believe that Palestinians suffered terribly as a result of the birth of Israel and that they deserve a state of their own. That said, I have to say that I am profoundly disappointed, to put it mildly, in the way the Palestinian side conducted itself after the signing of the Oslo peace accords. I was a supporter of the Oslo Agreement, even though I had doubts about the ability of the two sides to reach a final accord. I believed that Arafat had truly reconciled himself to the existence of a Jewish State in the Middle East and was committed to peace. That turned out to be wrong. Arafat, I’m convinced, viewed the Oslo process as part of his “phased strategy” to bring about the destruction of the Jewish State. He said so many times, in Arabic, when he was speaking to his own people. I also believe he ended his career as he began it: as a terrorist. With his passing, there might be a chance for peace, but I tend to doubt it. Arafat left behind a mess, but then, he always did—in Lebanon and before that in Jordan. Still, one has to hope. The alternative is too awful to contemplate: Arabs and Jews, killing each other in the Promised Land, until the end of time.

Q. Your popular protagonist, Gabriel Allon, is a melancholy man haunted by his past, or as you describe him, “the eternal wandering Jew.” Is the character based on anyone you’ve actually known?

Thankfully, no. Gabriel Allon is truly a fictitious character.

Q. Allon has a tense face-to-face conversation with Arafat. How did you prepare to write that scene? Did Arafat’s death affect what you wrote?

Arafat died as I was finishing the novel, and I chose not to incorporate his death into the story. As for the preparation, I’ve come to know both of these men very well. It was really a matter of putting them in a room together, along with their terrible history, and letting them show me the way.