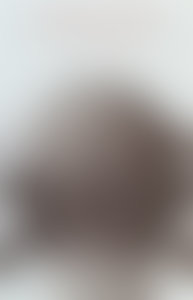 Catherine Bowman was born in El Paso, Texas, and currently lives in Bloomington, Indiana, where she teaches at Indiana University. She has worked with National Public Radio’s "All Things Considered" since 1995 as a consultant and commentator on contemporary poetry. She is the award-winning author of two collections of poems, 1-800-HOT-RIBS and Rock Farm. She received the Peregrine Smith Poetry Prize, the Kate Frost Tufts Discovery Award, a Dobie Paisano Fellowship from the University of Texas, a New York Foundation for the Arts Fellowship in Poetry, and two Yaddo Fellowships. Her poems have appeared in four editions of The Best American Poetry and in many magazines and journals, such as TriQuarterly, River Styx, Conjunctions, Kenyon Review, Ploughshares, The Los Angeles Times, Crazy Horse, and The Paris Review, and in numerous anthologies. Her poems have also appeared in the anthologies A Joyful Noise, 13 Ways of Looking at a Poem, An Exhaltation of Forms, The Extraordinary Tide, Writing Down the Soul, Motion: American Sports Poems, and many others. Bowman teaches at the Fine Arts Work Center in Provincetown, and in 2001 she was Writer-in-Residence at the College of William and Mary. She regularly collaborates with composer and bassist John Lindberg; together they have performed and taught workshops at a variety of venues in both North America and Europe.