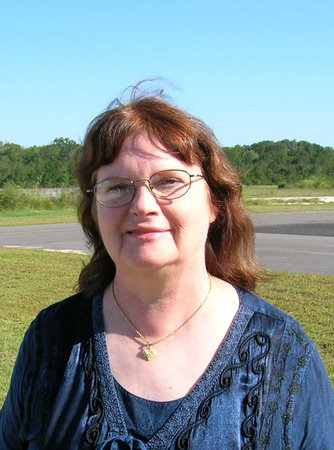 Nancy Springer has published forty novels for adults, young adults and children. In a career beginning shortly after she graduated from Gettysburg College in 1970, Springer wrote for ten years in the imaginary realms of mythological fantasy, then ventured on to contemporary fantasy, magical realism, and women’s fiction and suspense before turning her attention to children’s literature. Her novels and stories for middle-grade and young adults range from contemporary realism, mystery/crime, and fantasy to her critically acclaimed novels based on the Arthurian mythos, I Am Mordred: A Tale of Camelot and I Am Morgan Le Fay. Springer’s children’s books have won her two Edgar Allan Poe awards, a Carolyn W. Field award, various Children’s Choice honors and numerous ALA Best Book listings. Her most recent series include the Tales of Rowan Hood, featuring Robin Hood’s daughter, and the Enola Holmes mysteries, starring the much younger sister of Sherlock Holmes.

The Case of the Disappearing Duchess

The Case of the Cryptic Crinoline

The Case of the Peculiar Pink Fan

The Case of the Bizarre Bouquets

El caso del pictograma / The Case of the Cryptic Crinoline

What do you think it is about the Arthurian legends that have fascinated so many people for so many years?

Oh, my, there’s so much there. Fundamentally, it’s all very archetypal. Arthur is a sacred king who establishes a golden age of heroes. But beyond that, you have elements of classic tragedy, the hubris and the fatal flaw. And you have spiritual mysticism, the quest for the Holy Grail. And you have romance, in the original sense of the word, adventure, and also in the love-story sense—Tristan and Iseult, Lancelot and Guinevere. And you have magic, for us fantasy lovers. And for the pragmatists, there are war, intrigue, villains of stature. All in a landscape as rich as the unicorn tapestries. There’s something for everyone.

What kind of research did you do for this book?

Not much, actually, beyond what I’d already done for I am Mordred. I reviewed my notes from years past. The milpreve came from one of my notebooks—it’s actually a prehistoric bead, perhaps faience. Cernunnos is a familiar figure from Celtic mythology/my notebooks. Etcetera. The only new research I recall is that I visited the Cornwall website on the Internet and studied the maps and pictures—especially the pictures. Good visual reference is tremendously important to me when I’m writing. For Mordred, for instance, I photocopied illustrations of early medieval costume from a reference book and posted them in my office.

What made you decide to write about Morgan in your follow-up to I am Mordred?

Michael Green, my editor, suggested it, actually. I felt doubtful at first, because follow-ups are rarely as good as the original work. But when I began to look into the possibilities, the character of Morgan quickly took on a vitality of her own, and the opportunity to tell her story became irresistible.

Hmmm. It was a bit easier, I guess, because I’d already done most of the research—but the actual writing was a lot harder, because Morgan’s problems are not nearly as straightforward as Mordred’s. He has a rotten fate and he fights it. Period. But Morgan’s fate is to be fate, and she has to find this out by herself before she can decide what to do about it. Nobody has made any prophecies about Morgan. She has to figure out for herself what she’s about, and the process has to be outward as well as inward. It was a challenging book to write.

You say that Morgan’s fate is to be fate. Can you expand on this?

Just as a fay is a god or goddess who has dwindled, so the personage called Morgan le Fay in Arthurian legend can be traced back to an ancient Celtic goddess. (You don’t think I make all this stuff up, do you?) The Morrigun was a war goddess who flew over battlefields in the form of a carrion bird, and who in her human aspect chose certain warriors to die. In other words, she functioned as a fate. Morgan, as a latterday manifestation of the Morrigun, is fated to be fate.

Morgan has been portrayed as the evil sorceress of Camelot. Do you feel that this tale of her early years will help readers to understand her?

Heavens, I wouldn’t presume so far. There is no single understanding of such an archetypal character. All I can say is I’ve arrived at my own understanding, based on a critical rereading of Thomas Malory’s Morte D’Arthur. Have you ever noticed how cheerfully, thoughtlessly sexist that book is? Rape as casual as a hello, and all the women who were not victims were villains— from the male point of view within that timeframe, I mean. Switch over to the female point of view, and it becomes evident why a woman might become a sorceress.

While Morgan is at Avalon learning her power, Cernunnos tries to teach her wholeness (and as a result, peace). At that moment she does not achieve it. Do you think that Morgan ever achieves her own kind of wholeness?

Personally, I don’t think so. I see Morgan as essentially a tragic character, her flaw being her fixation on her father’s love for her and his early death. She never manages to move beyond his understanding of her, or recognize other loves, so I don’t think she can ever achieve wholeness or happiness.

This story showed that Morgan’s fate was not based on one event. Do you think that if Morgan had one of the things she truly desired then her fate would be changed? Or do you feel that, no matter what, she would have become the middle-aged sorceress she dreaded?

I think the process of fate was set in motion by Uther Pendragon, and when the Duke of Cornwall was killed, all else followed. That event is the crux. If Cornwall had lived, and Morgan had been subjected to a ladylike upbringing in Tintagel, most likely she would have become just another sulky damsel married off to some no-neck lord. But then again, there would have been no King Arthur for her to bring down. Aaaaak, alternate legend is as migraine-prone as alternate history.

Do you think of your own books as a type of alternate legend?

Yes, I suppose I do. As a fantasy writer, I have always thought of myself as writing modern mythology, taking the ancient materials and filtering them through my sensibilities as a modern woman, making something new while incorporating something very, very old. When I was in college, I listened to folk singers Peter Paul & Mary, who referred to their modernizations of medieval ballads as “part of the folk process.” Yes, we are still “folk,” and why some people feel as if “folklore” crystalized a thousand years ago I’ll never understand. I’m proud to consider myself part of the process that keeps mythology, folklore and legend very much alive.

I guess the modern, scientific word for fate might be “heredity,” and you know we still can’t decide how much our personalities are predetermined by our genetics and how much we can control. Then on this uncertain basis we try to construct lives, but factor in stuff like taxes, serial killers, El Niño and presidential elections, and it’s no wonder we befuddled humans come up with concepts like Fate or Astrology or Karma, trying to make sense of our random reality. Heck, I do it myself, with a concept called Story Structure.