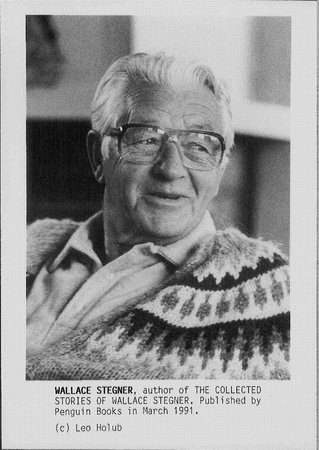 Wallace Stegner (1909–1993) was the author of, among other novels, All the Little Live Things (winner of a Commonwealth Club Gold Medal), Angle of Repose (winner of the Pulitzer Prize), and The Spectator Bird (winner of the National Book Award). His nonfiction includes The Sound of Mountain Water, The Uneasy Chair: A Biography of Bernard DeVoto, and Where the Bluebird Sings to the Lemonade Springs: Living and Writing in the West. Three of his short stories won O. Henry Prizes, and in 1980 he received the Robert Kirsch Award from the Los Angeles Times for his lifetime literary achievements.

The Exploration of the Colorado River and Its Canyons