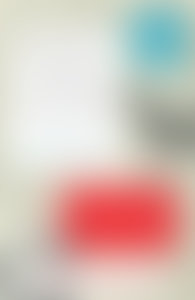 Denis Boyles is the author of more than a dozen books of poetry, travel, humor, essays, and criticism. He is a veteran magazine editor, and currently a coeditor of The Fortnightly Review. Boyles teaches journalism and political science at the Institut Catholique d’Études Supérieures in La Roche-sur-Yon, France.
www.denisboyles.com

Denis Boyles is a journalist, magazine editor, and the author of more than a dozen books on topics ranging from travel to criticism and history. We had the opportunity to chat with Denis by phone from his home in France about his latest book, Everything Explained That is Explainable: On the Creation of the Encyclopedia Britannica’s Celebrated Eleventh Edition, 1910-1911. That conversation follows below.

PENGUIN RANDOM HOUSE:There are other well regarded editions of the Encyclopedia Britannica, for instance the 9th which you discuss in the book. What about the 11th edition piqued your interest?

DENIS BOYLES: I think the 11th more than any other edition is a feat of editorial engineering. The editor, Hugh Chisholm, actually had a vision for what an encyclopedia could be and then molded together all the contents that he had to work with to create a single statement about the optimism of the age and the triumph of technology and what progress is.

The Ninth was called the scholars edition. It was essentially a collection of monographs by very knowledgeable people, but there was never an effort to weave together the contents of the 9th into an overarching statement the way Chisholm did with the 11th. It really represented the way Chisholm saw the world.  It was done by a journalist rather than a scholar and the difference is that journalists see a story, a narrative. Historians, scholars, and all the rest create a compendia of facts. A journalist tells a story and the story Chisholm wanted to tell was about the new century, and the new science, and the new way of looking at things. The 9th barely covered the great works of 1859 on liberty or On The Origin of Species. So, the whole Darwinian, libertarian view of politics was all new by 1902-1903 when they were putting this together.

PRH:I was reading a quote by a journalist named A.J. Jacobs who said that “…reading the 11th is like reading a Faulkner novel instead of an instruction manual.” What would you say made the 11th so readable compared to earlier editions?

DB: Part of it is the way Chisholm templated the articles. He was a newspaper guy, Chisholm kind of looked at each one of these articles as a story. According to Janet Hogarth, who worked with him, the templates were exhaustive. Even when he didn’t know what the subject was, he knew how a story should be look and feel – how it should be structured.  The result of that is a compulsive readability. There are people that sit around for hours reading the 11th because its just such a pleasure.

PRH:The 11th edition is now in the public domain and you describe it as the backbone of Wikipedia, can you talk a little more about that?

DB: Well, anytime you set out to create a new encyclopedia, you begin with what’s on hand. They did this with the 11th. It’s really hard to create a map of the world if you’re standing in the middle of a field. So, the 11th edition was built on the 9th and the 9th on 7th and the seventh on the 6th and so on. The 1st edition of the Encyclopedia Britannica was three volumes. And, I mean, you and a couple of friends could sit down and come up with a list of what should be in an encyclopedia and it would be likely be pretty cogent. It may cover three volumes, but it wouldn’t 40,000 entries. Does that make sense?

PRH:It does, I think you’re being charitable to me and my friends, but it makes sense.

DB: [Laughs.] Well, if you had nothing else to do you could. So, Wikipedia is the same thing. You have to start with something. The 11th is a very good skeletal framework. It’s available to you, all you have to do is put it online and make it searchable and you’re off to good start. You have the seed.

PRH:What would you say is the most valuable aspect of the 11th?

DB: I think it’s the ability to convey authority. You really feel when you’re reading the 11th edition that you’re getting the real goods. And I think that’s what an encyclopedia should do. Even now, after 100 years, when looking at the 11th you can discount certain things because you realize that time has changed perceptions or facts have changed. But, it never changes the notion that when you’re reading its coming from a source of authority. That is a very potent thing.

PRH:Would you say that ties into the readability? Is it a product of editing? What would you say is the reason for that authority?

DB:  I’ve heard it compared it to Shakespeare. I discovered that Shakespeare wrote about 900,000 words and we can quote almost all of them. There are forty million words in the 11th Edition of the Encyclopedia Britannica and almost none of them are quotable. It’s readable in a functional kind of way. It’s a magnificent work of editing in that there is no pretense of art. There are really great writers in the 11th Edition but they’re harnessed to functionality. The purpose of the 11th Edition is to help you get the information you need. That’s where it ends and that’s as far as it wants to go. It’s not there to decorate the cavern of your mind or anything like that. [Laughs.] It’s just the facts. Just the goods.

PRH:It sounds like there really was a journalistic focus. What are the important things we need to know to get this done and how do we convey that information in a concise and readable manner.

DB: Yes, exactly. It’s just the work of a journalist.

PRH:After reading your book, it seems safe to say that marketing and distribution were central to the development of the 11th; was that different than past editions?

DB: I think so. It was this great adventure in marketing in that the success of the 11th was really the result of this sort of cumulative marketing. I mean, the 9th edition was very heavily and oddly marketed. It was a very American kind of approach. There was a full-page advertisement, it had 5,000 words on a single newspaper page telling you what was going to be in 9th edition. [Laughs.] So, the ninth was marketed that way. The 10th was marketed so aggressively that it became a national concern. I tell a story in the book about a man writing in to complain of being disturbed in his bath by people knocking on his door to tell him he must buy this new edition. [Laughs.] It was direct marketing with a vociferousness that would be shocking even today.

So, by the time the 11th came out the publisher really tried to muzzle that dog. But, it was still a new edition of the Encyclopedia Britannica and as the title of my book illustrates was full of these sort of sales hyperboles: “Everything Explained That Can be Explained,” “The Summit of all Human Wisdom”. It was marketed to the anxieties of the age. It was a time of great change. Nobody really knew what was going on, but here was this set of books that would explain it all to you. [Laughs.] That was the promise and it largely delivered on it.

PRH:It was a period of great change.  The 11th was essentially published in the heart of the Progressive Era.  How did that impact its success?

DB: That really is the subject of the 11th. When considered as a book, it’s something like forty million words, but the topic is a singular one: progress.  It tells you all the different ways progress can be seen. And it was secular, overwhelmingly so.  The 11th was all about what could be measured, what could be known.  And that made progress essentially the turf of technicians and scientists and technical and scientific advances became confused with progress. The latest idea was the best idea. Now, we’re far enough into this to realize that the “latest idea” is just another idea. It may be good, it may not. We’re more weary as a society, but largely still as secular.

PRH:Women seem to have featured prominently, at least for the time period, in the 11th both behind the scenes and in terms of contributing articles. How would you say that impacted the 11th?

DB: There were actually more women contributors to the 9th. I think the real nugget of success was in the person of Janet Hogarth. She created the index for the 11th edition. That index, unlike other indices for other encyclopedias, actually illustrated the way Chisholm could weave together these subjects to create that single statement about the triumph of progress. It’s very subtle, just that when one thing lead you to another it would be according to the coordinates plotted by Janet Hogarth and her team of indexers, most of whom were women. Even for a small book, creating an index is a tremendous amount of work. For 28 volumes, it’s just overwhelming and she did it all in less than a year. I can’t imagine the task.

PRH:Were there any particularly notable omissions from the 11th?

DB: Yeah, there’s no entry for progress. That’s the topic of the book. It’s like writing a book about World War II and not mentioning bullets. [Laughs.] It’s really an odd omission. There are others of course.  You can amuse yourself trying to look up things that you think should be there that are not or are covered in ways that are unhelpful. Things like love or faith. It’s a very secular, very fixed, kind of empirical view of the world.

PRH:Do you own a copy of the 11th Edition?

DB: I’ve owned five or six sets. I have two of them here. Owning a set of the 11th Edition of the Encyclopedia Britannica in France is quite a trick.

DB: Well, they’re not portable. They’re huge. Each volume of the standard edition is something like three inches thick. One guy brought me a set over from England and they filled up the entire back seat of his car and the trunk. Plus he had four passengers carrying books on their lap. [Laughs.]

PRH:Can you tell us what you’re working on now or what’s next?

DB: I edit the Fortnightly Review Online and that is a pretty daunting task, though a good one. But, this book took me six years; I’m not really in a big rush to start something else [Laughs.]