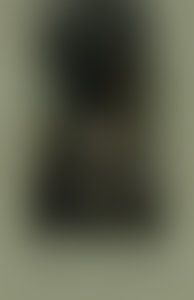 Italo Svevo, whose real name was Ettore Schmitz, was born in Trieste in 1861. He was educated in Trieste and in a commercial school in Germany and returned to his birthplace to begin a business career that he pursued successfully until his death. He published three novels (at his own expense): Una vita (1892; English translation: A Life), Senilità (1898; English translation: Emilio’s Carnival; also translated under the title As a Man Grows Older), and La coscienza di Zeno (1923; English translation: Zeno’s Conscience; also translated under the title Confessions of Zeno). After his first two novels were ignored, Svevo considered giving up writing and devoting himself full-time to business. Aiming to improve his English, he fell under the tutelage of James Joyce, twenty years his junior. Svevo read early portions of Dubliners, and Joyce read Svevo’s two novels and encouraged him to take up writing again. When Svevo completed Zeno’s Conscience, Joyce arranged to have it published in France, where Svevo was dubbed “the Italian Proust.” He soon emerged from obscurity in Italy, and his rank as a major writer was already established when he died in a car accident in 1928.

As a Man Grows Older

The Nice Old Man and the Pretty Girl