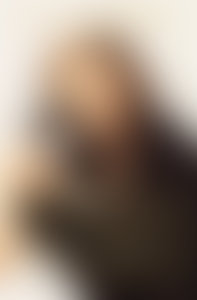 Donna Karan was born in Queens and raised on Long Island, New York. She attended Parsons School of Design before beginning her career with an internship at Anne Klein, where she rose to head designer in 1974 at age twenty-five. She and her husband, Stephan Weiss, founded Donna Karan International, launching the Donna Karan New York collection in 1985, DKNY in 1989, and a beauty line in 1992. Karan’s philanthropic efforts are extensive: A longtime board member of the CFDA (Council of Fashion Designers of America), she conceived its Seventh on Sale benefit to raise funds for AIDS awareness and education, and has co-chaired the New York Kids for Kids event for the Elizabeth Glaser Pediatric AIDS Foundation. Since 1993 she has co-chaired Super Saturday, an annual designer flea market/barbecue to benefit the Ovarian Cancer Research Fund. In 2007, Karan established Urban Zen, a luxury lifestyle brand and foundation that addresses wellness, education, and the preservation of culture through their artisan communities, most notably in Haiti where she is now partnering with Parsons School of Design for vocational education. The CFDA has honored Karan six times; in 2004 she received its Lifetime Achievement Award. Karan has a daughter, Gabby Karan de Felice; two stepchildren, Corey and Lisa Weiss; and a total of seven grandchildren.