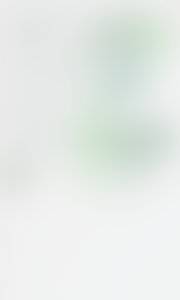 John M. Synge (1871–1909) was born near Dublin. He received his degree from Trinity College, Dublin, then went to Germany to study music, and later to Paris, where he lived for several years, working in the field of literary criticism. The plays of Irish peasant life, on which his fame rests, were written in the last six years of his life. The first two one-act plays, In the Shadow of the Glen (1903), a comedy, and Riders to the Sea (1904), considered one of the finest tragedies ever written, were produced by the Irish National Theatre Society. This group, with Synge, William Butler Yeats, and Lady Gregory as codirectors, organized the famous Abbey Theatre in 1904. Two of Synge’s comedies, The Well of the Saints (1905) and The Playboy of the Western World (1907), were presented by the Abbey players, with the latter play resulting in great riots in Dublin. His later works were The Tinker’s Wedding, published in 1908 but not produced for fear of further riots, and Deirdre of the Sorrows, a tragedy unfinished at the time of his death but presented by the Abbey players in 1910.

Sign me up for news about John M. Synge and more from Penguin Random House