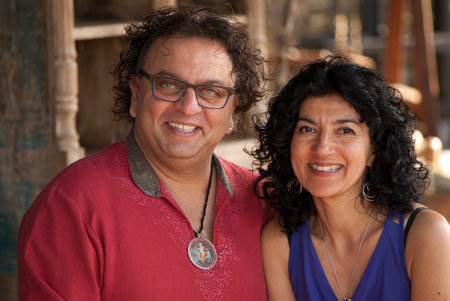 Vikram Vij was born in India and grew up in Amritsar and Mumbai. He studied hotel management in Salzburg, Austria, before moving to Canada to work at the Banff Springs Hotel. He opened the original fourteen-seat Vij’s Restaurant in 1994, and has appeared on many television shows and regularly cooks for events, including the James Beard Awards gala in New York. A certified sommelier, he is passionate about pairing wines with Indian food. In addition to running Vij’s and Rangoli with Meeru, Vikram is the chef and owner of My Shanti.

Meeru and Vikram received joint honorary doctorates from the University of British Columbia and Simon Fraser University for their work in the community on advancing Indian cuisine and promoting sustainable food practices and Indian culture.